Re: Football grounds you can see from the motorway ?

Palace are the club that gave Frank de Boer 77 days as he tried to make radical changes. Dyche at Burnley has mainly tried to bring in players with character plus talent. It leaves us with pretty capable players but not as skilful as most. That's why we play the style we do. It allows for the player...

Dyche as done an amazing job for us but he still has things to prove. Could he with more technical players at his disposal change his style and produce a team that can play exciting free flowing football. To change his style would take time and money. Are there any clubs outside the top 6 who have ...

How is Big Dave doing these days?

Quite enjoyed that, although I wasn't all that interested in what Jason or all the wives and other women had to say. I was about 13 at the time. I saw the semi-final live on Dutch TV but wasn't able to see the final as I was in some sort of sports camp ironically. I was told the result but in truth ...

I first heard them on Charlie Gillette's Radio London show playing Sultans of Swing in 1977. It was such a breath of fresh air from punk and mostly crap around that time (rather like Kate Bush was). As a result I bought their first album. That album is still one of my favourites - each song is a lit...

Re: ARTICLE: Taylor ruled out of final game

I'm glad Westwood and Pieters have recovered from their mortal wounds.

Is that a make of car?

Or was that an Iambic Perambulator?

There's a book by Malcolm Gladwell called Outliers. Part of it discusses the success of those who go to the "best schools". When a kid has been top of his class and then goes to a better school where all the kids are brighter and he suddenly finds himself in the bottom half he can feel like a failu...

Going back to the DCMS report: 1. What are the examples of salary caps abroad 'which may seem radical to those inside UK football, but seem to work well elsewhere'? 2. Aren't clubs that end up in financial difficulties usually guilty of over stretching themselves, or due to some dubious practice. Su...

Re: One of those pointless ‘if you could choose’ questions

Dyche doesn't seem to worry about pointless games. We've lost the last one in each of the last three seasons.

Re: In 50 years time where will SD figure in burnley history ?

What Sean Dyche has done for Burnley FC is truly remarkable. When I moved to Florida in 2008 I never thought I would ever see Burnley in the PL in my lifetime. Now I can watch every game live on tv and we are recognized and respected as a club worldwide. We are just about to have our second top hal...

Watford actually put in some effort yesterday which they have lately not done much of. Of course they had little chance against this opposition. Deeney is not what he was and Watford fans aren't so keen on him anymore. I thought there managerial system was to keep the same coaching and recruiting te...

Chester, is there any report on how Burnley being in the Premier League has affected the town's local economy?

Our fans are twisting nothing. The problem is that you’ve believed that garbage in the article rather than examine what actually happened. None of our players have done anything they shouldn’t and to suggest they might not have morals regarding their profession I think is downright insulting. I sim...

How does Sheffield United's performance in their first season back up compare to others:

I would like to point out that they were all relegated again.

I love the way some of our fans on here are twisting through hoops trying to explain when our players do stuff that we condemn in our opponents.

It also seems hypocritical when players promote moral codes - Black Lives Matter - when they clearly have no morals regarding their profession.

Re: REPORT: Seventh heaven on the road

Howe's approach is different but until this season he'd done pretty well.

I agree that both cards were red but also agree with the sentiment of The Times piece. Westwood played a big part in the incident exactly as described. Pieters too over reacted like a typical Premier League player. Wood tripped over his own feet and claimed a penalty and Brady decided to dive in the...

Article in The Times: Ashley Westwood should say sorry for stitching up Emiliano Buendía Tommy Conlon Sunday July 19 2020, 6.00pm, The Times The theatre was Carrow Road, the stage was the pitch, the thespian was Ashley Westwood. It looked to me like a bravura performance of ham acting. Watching the...

Re: Cowley sacked at Huddersfield

That may have been their problem all along - they were not Premier League players.

Would you have any of them at Burnley?

https://www.soccerstats.com/formtable.asp?league=england The second table shows form for the last 8 games, roughly since the restart. Apart from Palace it's pretty much as per the full league table. Whilst overall Pearson has done pretty well considering where he started, he's clearly not done well ...

Interesting that on the left bus, the double reflection makes the pink bus look like Lady Penelope's Rolls Royce and the pitched roof like a large person with a white shirt.

Re: Cowley sacked at Huddersfield

Never liked the Cowley's especially their "professional" approach to playing the game. Saw it when they were at Lincoln in games with Stevenage...and in the Cup tie at Turf Moor. Players feigning injuries, throwing the ball away to stop opponents taking quick throws, always in the officials ear whi...

The OP was making a very fair point, we can’t settle for such low standards. Dyche was rightly critical of his side’s creativity today, some criticism of him too for negativity is the right thing to do. I didn't think there was any negativity. We played our usual way in the first half and after an ...

Re: It's not just about Brexit

Chamberlain declared war on Germany. Churchill came in as head of a coalition after Chamberlain resigned because of the Norway debacle in May 1940.

I think I've said this before but the whole concept of penalties should be looked at. Originally it was used as punishment for deliberately handling the ball to prevent a goal. Now the penalty is used as another tool in obtaining a goal, not so much a punishment for a misdemeanour but something to b...

'We should be looking beyond those markets and be looking at a more rounded style of player...'

I know just the fellow:

Re: Most Painful Thing?

It's worse trying to 'unzip' it.

I agree with CT that Wolves are a very good side with some quality players. When their team was announced, with Traore, Jota, Podence and Vinagre I couldn't see how we could cope. Yet we played it in such a way that they could hardly use all that pace. Only once was there a real threat when Jota was...

Re: Sweet Revenge For The Penalty At Molineux

It was clearly dangerous play by Wood, a flailing foot at head level. What was Doherty supposed to do except protect his face. It was not a penalty. I suppose we just have to accept the decision and get on with it. :D I got the impression there was a bit of 'banter' going on with Dyche and co and Nu...

Actually I was surprised Wolves didn't try to make more of Traore versus Pieters.

Just after Pieters replaced Taylor at left back Traore easily got past him and put in a cross. I don't recall it happening again or Wolves even trying.

The 1962 Cup Final is on DVD in Black & White. I watched it once and is such a 'polite' match - players speedily restarting play, getting balls for the opponent etc.. I think it starts with about twenty minutes where the referee doesn't have to intervene at all. There are some clips in colour which ...

Re: ARTICLE: John Bond at Burnley

I would love it if Dave could write a warts and all review of the Bond era. I think it was my most intense period of watching Burnley, including going to a couple of reserve games (I was a London Claret so that wasn't so easy). It was probably also the most exciting and strangest season, with an out...

Re: This is worth celebrating...

Rowls wrote: ↑
Tue Jul 14, 2020 9:41 pm
This is the UEFA calculations room where they figure out all this technical stuff. It's the same room they work out who the trickiest possible team it would be for Burnley to draw in the Europa Ligue: 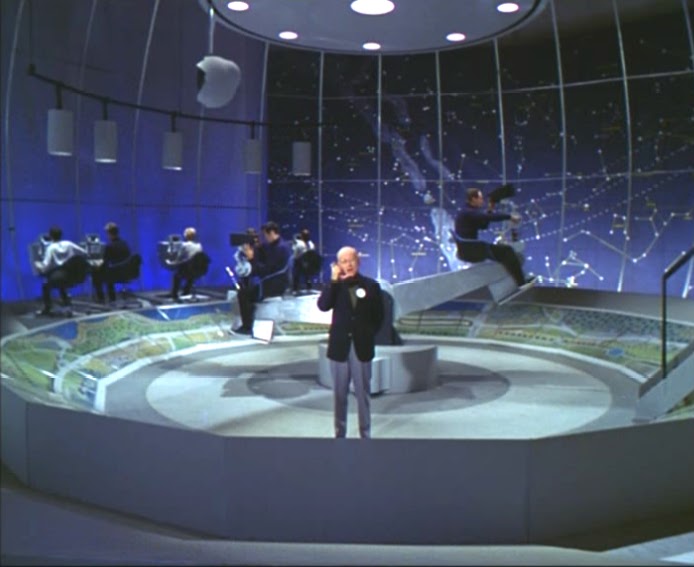 So in fact we do know who is Number One.

Re: Man Utd Vs. Southampton

They were excellent against City and whilst not so good last night they were still good enough for United.

I haven't seen much of Villa but the three worst sides I have seen are Norwich (yes they're well organised but because of their insistence on playing it out from the back and not being good enough to do it), Bournemouth (admittedly suffered from injuries but don't seem to have much idea about anythi...

So let's run this through - Man City have had this appeal turned over on technicalities of the process. Which is the only way an appeal can win - if you think that an appeal is a retrial you are mistaken, if the process was found to be solid then the ban would have been upheld. Those hoping for a m...

Re: Blanket coverage of games to end

I don't see why I, who pays nothing, should get free football on the TV, much as I'd like it.

Wish I had been in a position to 'haggle over a few hundred pounds a week'.

Jack Charlton once said "I have a little black book with two players in it, and if I get a chance to do them I will. I will make them suﬀer before I pack this game in. If I can kick them four years over the touch line, I will." One of the player's was said to be Everton's Johnny Morrissey and not s...

Re: Oli McBurnie fined for drink-driving

Why don't you tell the judge!

Re: Oli McBurnie fined for drink-driving

Brooks was awful for Bournemouth yesterday. I like him, but he looks way too lightweight. McNeil is miles the better player at the moment. TBH also King and Wilson's form has nosedived off a cliff. Cantwell would be a great signing, but I can't see us getting him. As a previous poster said, I think...

Re: A message to you Ben Mee

I think there must be many stories like the OP's.

A West Ham/Barnet supporting mate said exactly the same thing to me.

I just think - Premier League footballer. Make of that what you want.

We are more saintly then most when it comes to diving but by no means completely 'clean'. Taylor last night 'won' a highly dubious free kick for example.
Search found 2389 matches