100 day wait for City game is over 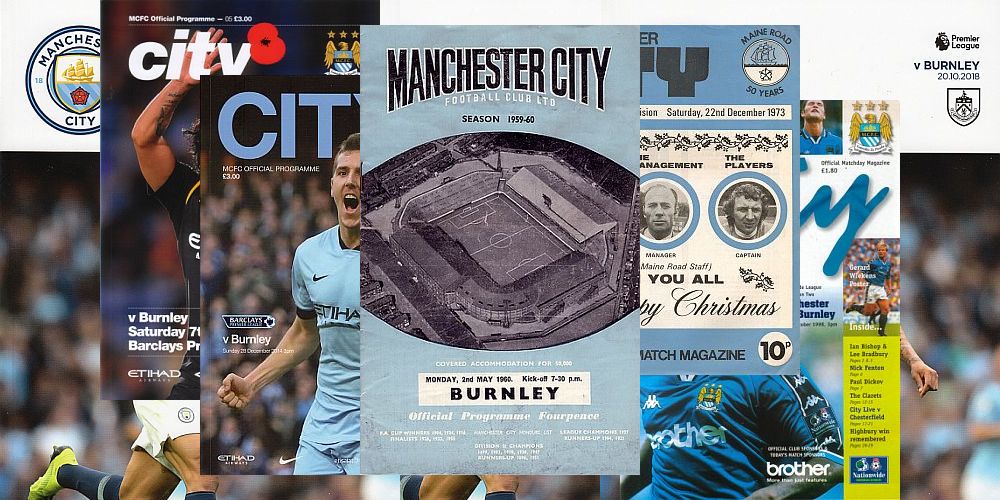 On 7th March of this year, we drew 1-1 at home against Tottenham Hotspur and one week later should have been taking on Manchester City at the Etihad Stadium, that was until football shut down some ten days prior to the country going into lockdown because of the COVID-19 pandemic.

It is 100 days since I was expecting to make my way into Manchester, probably somewhat relieved now that it didn’t happen given I’d have been making my way to and from the stadium on packed trams. Finally, tonight, the game will be played but without any trams for me or any other Burnley or Manchester City fans for that matter as we come to terms with games being played behind closed doors.

Although this was always going to be a difficult game for us, one of the two toughest in this league right now I’d suggest alongside a trip to Anfield, which is still to come for us, we would have been going there on the back of a run of seven Premier League games without defeat which, of course, included one memorable night in Manchester back in January.

With the world still in turmoil, some will view the return of football with dismay; others will see it as something positive during these dark time. That’s how I see it and, so far, I’ve enjoyed watching the games on television.

Embed from Getty Images
Our players have returned fit, well and confident, and speaking ahead of tonight’s game, Dwight McNeil saw City play last week against Arsenal. He said: “They looked like they hadn’t been away. They performed really well, kept the ball really well and found pockets all over the pitch. That’s what they’re good at.

“I think we just have to look back on how well we played before lockdown. We were seven unbeaten and on a really good run. We’ve just to look after ourselves and try to get a result. We just have to keep playing the way we play and how we know. We know we can mix it up. We saw on Wednesday teams like to drop off, not press as much, so that gives us an opportunity to get on the ball too.”

McNeil is one of four ever presents this season in the Burnley team alongside goalkeeper Nick Pope and the two central defenders James Tarkowski and Ben Mee. Those four are all expected to keep up their record and the starting line up could be strong but with nine substitutes it might leave us short on numbers.

We have players who are out of contract at the end of this month. Only last week Sean Dyche had strong words for the chairman in the way this situation has been handled. The club, for whatever reason, have elected not to update supporters on the situation which has allowed, over the weekend, speculation to surface that Aaron Lennon was unwilling to sign a short term deal that would have seen him through these nine games and that Joe Hart hasn’t even been offered one. Both will be out of the equation after the first three of these games and maybe immediately.

According to that speculation, Hart has been given the option of being involved tonight and he might take that option given it’s his former club. We don’t know the situation regarding Lennon or, for that matter, Jeff Hendrick and Phil Bardsley. What we do know, is if they haven’t signed even a short term contract by tomorrow they will not be available for our final six games if they do choose to make themselves available for the first three games in the next week.

So who will be in the team? Had we played this game last March we know that none of Jόhann Berg Guðmundsson, Ashley Barnes and Jay Rodriguez would have been available. The first two of that trio still aren’t but Rodriguez is available although we’ve now lost Chris Wood.

That means, should Bardsley and Hendrick be available, the team will be very similar to the one that played against Spurs. It would then just be a matter of which players would go on the bench.

Manchester City are in the rare position of having nothing really to play for in the league with nine games remaining. They are currently in second place and I can’t see that changing. They clearly aren’t going to catch Liverpool and I suspect the six point cushion they have over third place Leicester will be too much for the East Midlands club to claw back.

Embed from Getty Images
Pep Guardiola might have one or two injury problems in terms of defenders but he has such a strong squad that he won’t have any problems filling the bench and he’s confirmed that he will be making five substitutions every game. England man John Stones (pictured) has an ankle injury and will be assessed but Eric García is definitely out after taking a battering last week from goalkeeper Ederson and suffering concussion.

It’s almost a choice of two games. We twice played at the Etihad last season, once in the Premier League and the other in the FA Cup. We trailed 1-0 in both but eventually lost both 5-0.

Looking at the league game, there can be no argument over City getting the points but the scoreline was a nonsense that was very much aided and abetted by referee Jon Moss and his assistant Eddie Smart. I’ll never know how on earth Moss didn’t send off Vincent Kompany in the first minute for a shocker of a challenge on Aaron Lennon and only he and his assistant will ever know how City’s second was allowed when he wrongly pointed to the penalty spot, a decision he reversed but not quickly enough to force players to stop. Then his assistant missed an offside and the fact that the ball had gone out of play before David Silva got it back for Bernardo Silva to score.

Embed from Getty Images
To get anything at City you need things to go your way. Two minutes after that second goal came number three and then it is all about keeping the score down. How different might it have been had Kompany gone and Leroy Sané, who scored the fifth, was also very fortunate to stay on the pitch.

Hopefully, not matter what happens tonight, we don’t see any appalling decisions. Those from Moss and Smart last season were just unacceptable.