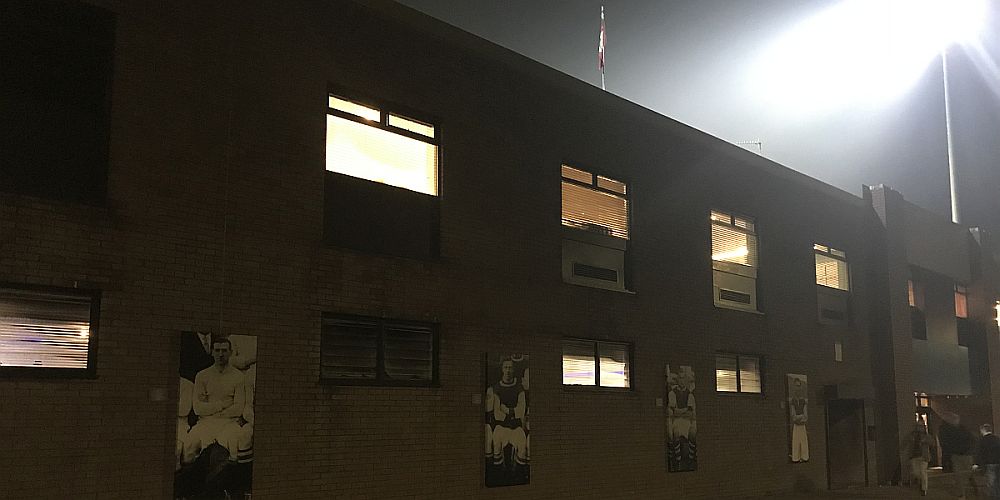 Manchester United are our visitors tonight for what will be our 5,000th league game since the formation of the Football League in 1888.

Facing three successive home games this week, we all knew that at some point we would have to start winning soon and the first of those three games against Watford appeared to present the best opportunity.

That’s gone, the one consolation is we at least got a point and kept Watford within touching distance and that’s put pressure on us ahead of these next two home games against Manchester United and Liverpool.

I’m sure we all remember that wonderful night when Robbie Blake scored his last ever Turf Moor goal in what was our first ever home game in the Premier League to beat United 1-0. Twelve and a half years ago now but we’ve not scored against them since, and we’ve picked up just one point from a 0-0 draw early in the 2014/15 season.

It’s been mentioned that we have been in a worse position at this stage of the season, halfway. We have, it was in 2018/19 when we sat with twelve points, one less than the current points total. Then, we won five and drew three of the next eight and suddenly things looked much better. It came with the return of Tom Heaton in goal and a young Dwight McNeil on the left.

Somehow, we need a lift from somewhere and it really does need to come sooner rather than later. Right now, it does appear that three of us, Newcastle, Norwich and Watford will be going down but the hope remains that one of the next group of teams has a bad run and drops to open things up.

Embed from Getty Images
Meantime, we have to get some good results and add to the solitary win against Brentford. Erik Pieters has deputised for Charlie Taylor for the last two games and will again tonight. Now with fifty Premier League appearances under his belt since signing in the summer of 2019, he’ll be looking to add more and has helped contribute to two clean sheets in these two recent games.

He admitted about Saturday’s game: “It was hard to play how we wanted to play, but a point and clean sheet is a platform to build on. You want to win every single game and we try to do that, but we can do better, and we know we can do better.”

Josh Brownhill is back in contention tonight after sitting out the Watford game serving a one match suspension. I think he’ll come straight back in, probably for Dale Stephens who I thought did OK against Watford.

It’s been reported that Ashley Barnes is getting close to a return. It’s some time since he played; he hasn’t started a game since the home defeat against Arsenal in September. He played 45 minutes for the under-23s last week. I’m sure Sean Dyche would prefer to give him longer but it wouldn’t surprise me to see him on the bench tonight.