A big win on a night of great goals

Burnley came from 1-0 behind at half time tonight to beat Newcastle United 5-1 in Premier League 2 in a game where the quality of goals was such there could have been a goal of the game competition.

Having had a difficult run in the league, we kicked off tonight at Leyland having won our two previous fixtures at Sunderland and then against Southampton at Gawthorpe, but it took a superb second half comeback to win the points in which midfielder Ben Woods grabbed the headlines. 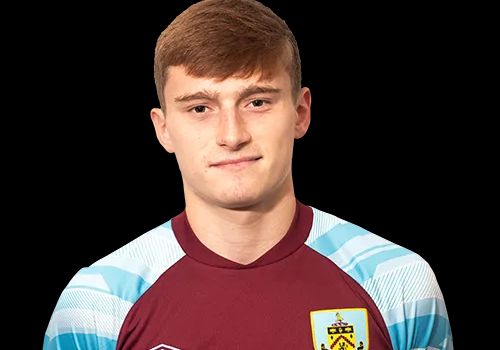 After a quiet opening, we were gifted a great opportunity to take the lead when Rob Harker was brought down in the penalty box. He stepped up himself to take the spot kick  but it wasn’t a good one and Newcastle goalkeeper Max Thompson saved easily.

Despite being the better side, we paid for the penalty miss some eight minutes later when Newcastle’s Jay Turner-Cook kicked off the night of special goals with an outstanding striker from just outside the box. It proved to be the only goal of the first half but how things changed after the break.

It took a while to draw level but just before the hour we did just that with Woods (pictured) drawing us level. We won a corner which was headed out but Woods was onto it, around 25-yards out to hammer home left footed on the volley. It flew into the corner of the net, a goal to better Newcastle’s.

Just eight minutes later and he scored again and huge credit to referee Thomas Kirk for this. A bad foul on Harker saw Matt Bondswell yellow carded, but the referee spotted a potential advantage, allowed play to continue only to pull it back for the free kick when we didn’t gain any advantage. Woods stepped up some 30-yards from goal and hit a wonderful free kick into the corner.

It didn’t look as thought the visitors were going to get back in it and with fifteen minutes to go we all but put the game to bed with a third and another special goal. Ne-Jai Tucker played a brilliant through ball for Harker from his own half. Harker was clear and lobbed the goalkeeper.

The goals were getting better and better and with just four minutes to go our Max Thompson went on a brilliant run. He went past at least three defenders before putting their Max Thompson on the floor to score.

He immediately went off and his replacement Sam Unwin had an immediate impact on the game when he played a great ball through with his first touch. Dara Costelloe looked set to get on the scoresheet but was brought down for a second penalty on the night.

There were three minutes of normal time remaining but it was the last minute before we could take the penalty while the referee sorted out a melee between the two teams. Both teams picked up their third yellow card of the night, Mark Helm for us to add to Harker and Costelloe earlier in the game. There was never a question who was going to take this kick. It had to be Woods who completed his hat trick although the goalkeeper did get a hand to it.

This was a fully deserved win. We were the better side, even in the first half which ended with us 1-0 down. It’s probably still going to be a big ask to make the play-offs but we are still in with a chance as we go into our final four games.