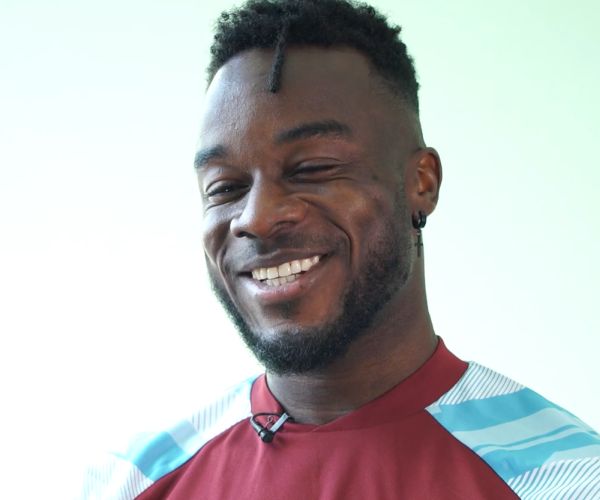 The speculation has been intense and growing for weeks but is finally over. It’s no longer speculation; Burnley have confirmed the signing of Ivorian international Maxwel Cornet from French Ligue 1 club Olympique Lyonnais.

I’m certain that this potential signing was dismissed by most Burnley fans initially as no more than wild speculation, but, unlike the recent and nonsensical link with Brazilian Arthur Gomes, this one just wouldn’t go away and today we’ve signed him on a five year deal for what is thought to be a club record fee.

Born in Côte d’Ivoire, he moved to France at a young age and has played all his football in France with Metz and Lyon, moving between the two clubs in January 2015. He was signed as a winger but in January last year was used at left-back by coach Rudi Garcia due to injury problems and has remained there since.

During his time at Lyon, he played 183 league games, scoring 31 goals, but he’s scored goals in other competitions too and became known to English football fans when he scored three times against Manchester City in the Champions League in 2018/19 before scoring the opening goal against them as they beat City in the quarter-final in the following season which Lyon won 3-1.

Aged 24, he can also boast 21 full international caps. He played for France from under-16 through to under-21 level, but all his full caps are for Côte d’Ivoire, his debut coming in a 5-0 friendly defeat against the Netherlands in June 2017.

Chairman Alan Pace said: “We’re delighted to have secured such a talented player with Champions League pedigree and we look forward to him joining up with Sean and the team. “The wide position was identified as in need of strengthening and we saw Maxwel as the ideal player to fulfil this with talent, versatility, and pace.

“It’s been great to have the fans back at Turf Moor and I expect a brilliant reception for Maxwel when he is available for selection following the international break.”

Today Maxwel Cornet has become a Claret and we welcome him to Turf Moor.

« Double signing ahead of trip to Doncaster
Burnley held by Leeds »