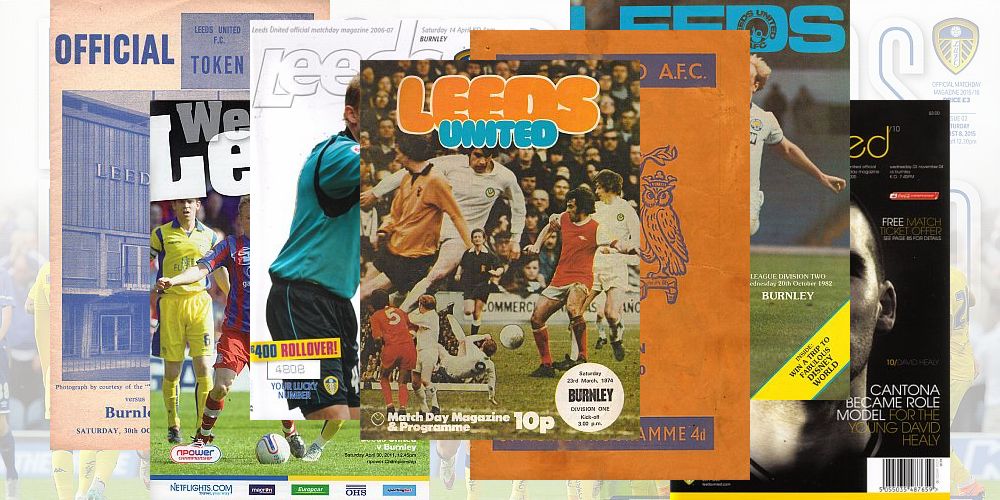 The Clarets are breaking new ground tomorrow with a first ever Premier League visit to Elland Road to play Leeds. It will be our visit there since the opening day of the 2015/16 season and our first top flight game there since April 1976.

With kids having wakened up yesterday morning to learn that Father Christmas had called made it feel very festive but having only played 13 of our Premier League games suggests not in the football calendar. That’s due to the late start but last season, for example, game number 19 was our Boxing Day game at Everton.

We are making the short journey over to West Yorkshire in a better state than we thought might be the case just a few weeks ago. One defeat in the last seven games, and that the annual 0-5 at the Etihad, has really lifted the spirits with no result and performance better than the one last Monday against Wolves.

I thought that was the best performance of the season but it came at a cost with both Robbie Brady and Dwight McNeil being forced off with injuries during the second half and with Jόhann Berg Guðmundsson still struggling for full fitness that could cause us problems with tomorrow being the first in a run of three games in the next week.

This recent run has lifted us four places up the table. When Chelsea beat us 3-0 on the last day of October we actually dropped to the bottom of the league; Monday’s win lifted us to 16th, our highest placing all season although any sort of positive result tomorrow will not move us any higher with Arsenal, who were just one point ahead, surprisingly beating Chelsea this evening. A win, however, would take us back within a point of them and also within a point of Leeds with both Newcastle and Crystal Palace just a further point away.

It will be a home coming for three players tomorrow. Goalkeeper Bailey Peacock-Farrell, who is likely to be on the bench, Charlie Taylor and Chris Wood all signed from Leeds and it will be a first return for all of them.

Wood scored the crucial second goal in the win against Wolves but Taylor grabbed the attention with possibly his best ever game in a Burnley shirt which included his assist for the first goal scored by Ashley Barnes.

He’s very much a Claret now and clocked up one hundred appearances for Burnley at Aston Villa. He’s now played 86 times for us in the Premier League and, as things stand, is next in line to reach three figures to become the 11th Burnley player to make that total in this league.

There is no doubt that tomorrow will be number 87 for him in what I would expect to be an unchanged team if only both Brady and McNeil come through. Some of the players still out played in a behind closed doors game at Gawthorpe on Thursday. It might just be a little bit too early for Jack Cork but there is no reason why Jόhann Berg Guðmundsson can’t be added to the squad.

When Leeds departed the Premier League in 2004 I’m not sure too many expected them to have to wait sixteen years before returning. That’s how long it was and for some of those years they actually dropped into League One.

A succession of owners and an even bigger succession of managers failed to get them back but it all changed with the appointment of Marcelo Bielsa in the summer of 2018. He failed in the play offs in his first season but last season brought them back up and they’ve made a decent start on their return.

I think it is fair to say their strength is going forward. They’ve already scored 24 goals. It’s a total bettered by eight of the top nine in the league but no other club. At the other end, the 30 they have conceded is the highest in the league with Liverpool, Leicester and Crystal Palace all hitting four against them and Manchester United, just a week ago, scoring six in a remarkable game that ended 6-2. Four days earlier they’d beaten Newcastle 5-2 which sums up the way they play.

Embed from Getty Images
They have been quite reliant on Patrick Bamford for their goals. In what is his first full season as a Premier League player, he’s already scored nine times. Incredibly all but two of those have come on the road including a hat trick at Aston Villa.

That game at Villa ended 3-0 and they’ve also won at Sheffield United and Everton. At home they’ve won twice and lost three times in seven games. The wins have come against Fulham and the one previously mentioned against Newcastle although probably their best home performance was in the 1-1 draw against Manchester City.

Bielsa has had some good news with the return to fitness of Diego Llorente although that could be countered should Liam Cooper not be passed fit because of an abdominal strain suffered last week in the game at Manchester United.

Just as you always wonder at the start of a season following promotion, whether you will be good enough or not at the higher level, there are also the same concerns when you go down and whether you will react to it positively.

That takes us to our most recent game at Elland Road which was our first in the 2015/16 season following relegation. It ultimately gave us no answers with the game ending 1-1 with both goals coming late in the game, Leeds going in front through Mirco Antenucci on 83 minutes and Burnley equalising three minutes later when substitute Sam Vokes headed home a Tendayi Darikwa cross.

Embed from Getty Images
The two people most responsible for a goalless first half were our newly appointed captain Tom Heaton who made a couple of outstanding saves and referee Kevin Friend who denied us two clear penalties., the first of them when Leeds full back Charlie Taylor hauled down Lukas Jutkiewicz and the second for a blatant handball.

Leeds were a threat and in the second half we were thankful to Michael Keane on more than one as their big striker Chris Wood threatened but into the last twenty minutes it was looking all but certain to be a o-0 draw. Then Antenucci finished brilliantly and Vokes got in a wonderful header for his first league goal in 17 months and in typical opening day of the season sunshine we’d kicked off with a draw.

« Performances have been getting stronger
Burnley lose at Leeds »