A horrible afternoon at Elland Road 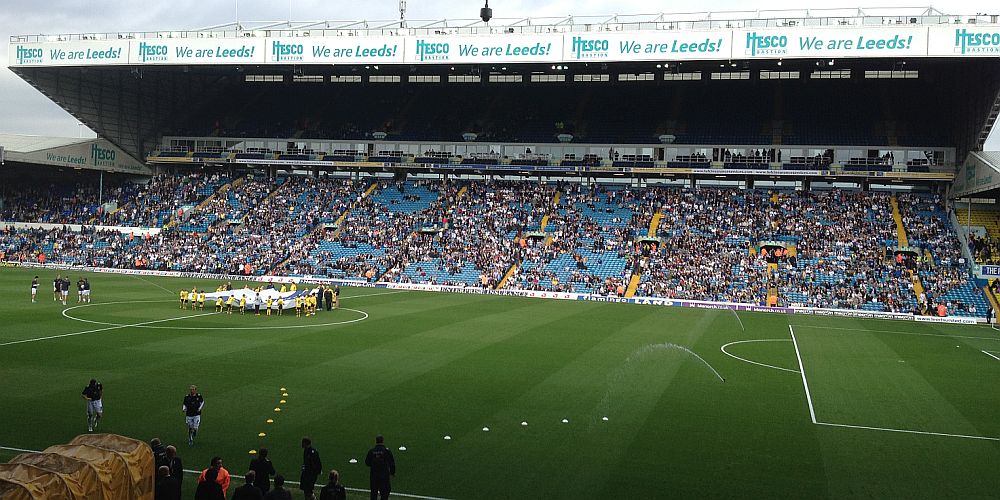 Over the years I’ve seen us take some hammerings against Leeds United at Elland Road, most of them when they were in their pomp under Don Revie, but I don’t think I’ve ever seen a more abject performance there from Burnley than yesterday’s 3-1 loss against a distinctly average, at best, Leeds team.

It was an awful start to the year for us but a good one for Leeds with the points won taking them eight points clear of the bottom three in the table, leaving the bottom four, which includes ourselves in 18th place, now looking very vulnerable indeed.

Personnel wise, we were better off than we’d been at Old Trafford in the final game of 2021. Sean Dyche named the same starting eleven but was able to welcome back both Kevin Long and Jay Rodriguez after bouts of covid and Maxwel Cornet, injured at Newcastle. All three were on the bench.

For much of the first half this was a very un-Burnley like showing. We looked lethargic, constantly gave the ball away and much of the problems we found ourselves in were self inflicted. The one saving grace was Leeds being unable to take advantage and, incredibly, we came close to going in front and would have done but for Illan Meslier denying Chris Wood on the volley following a low Charlie Taylor cross.

Embed from Getty Images
The save denied us the lead but we were soon behind. It was no surprise that it came from an awful mistake. It happened to be James Tarkowski who casually tried to find Matt Lowton only to knock it to Jack Harrison. Tarkowski actually got back to defend the situation but couldn’t prevent Harrison seeing his left foot shot saved by Wayne Hennessey nor his right foot effort on the rebound that found the net.

We did have one opportunity to level with Wood’s shot from the edge of the box just going over the bar but we could have no complaints at all about going in behind at half time. It had been awful. I don’t think I’ve ever seen Tarkowski or Ben Mee play worse but they weren’t the only two culpable.

Jóhann Berg Guðmundsson, who had offered precious little, was replaced at half time giving the Burnley fans something to cheer with the return of Cornet. Just nine minutes into the half he won us a free kick some thirty yards out and opted to take the kick himself.

“Surely he can’t take free kicks as well,” I dared to suggest. Oh yes he can. He curled it round the wall and into the left hand side of goal. It was a brilliant strike, another superb goal from him and we were level with the Burnley fans confirming that he, like Defour, is better than Zidane.

Embed from Getty Images
Could we go on and win it? Although Leeds always looked the more likely; I’m not sure we had another shot on target, we did look reasonably comfortable and I was beginning to think we would get ourselves a point and stop them from pulling away from us.

That all changed when Stuart Dallas scored his first goal of the season. From a right wing corner they worked it short to get it to Dallas whose shot flew in to the corner although it did look as though it might have got a deflection off Tarkowski.

We had thirteen minutes plus stoppage time to respond but quite simply we didn’t. Jay Rodriguez came on, as did Matěj Vydra but there was nothing to suggest we were going to get back. And in the end it was Leeds who scored again with a Dan James header that Hennessey saved only to see it spin into the net.

By this time, many of the Burnley fans had gone. Those still inside looked stunned at the performance. Some got angry, blaming Mike Garlick, Alan Pace and Sean Dyche. I’m sure some blame can be attached to all three but I’m not sure how any of them can be responsible for players making basic mistakes, players giving the ball away and players looking as if they had neither energy nor desire.

Embed from Getty Images
For much of this season I’ve reported that the performances have been much better than the results, that we’ve deserved much more than we’ve got in terms of points. This time I can’t make such claims. It would be very wrong to do so after as bad a performance as I can recall in some time and against such ordinary opposition.

The whispers coming out of Turf Moor are to expect a very quiet transfer window but I do think we need to bring in a couple of players at least just to freshen things up.

Interestingly, I was sent the line up for our 4-2 defeat at Fulham in August 2018, three days after we’d played the away game against Olympiacos. Joe Hart, Stephen Ward and Jeff Hendrick started that day while Wayne Hennessey, Charlie Taylor and Dwight McNeil didn’t from the team that played yesterday. The other eight players were the same in both games.

The lack of recruitment, for whatever reason, has caused damage and we can only hope the damage isn’t irreparable. The whole place feels flat right now, both on and off the pitch. It’s a major worry.

I’ve avoided using the word, but let’s be absolutely honest, this performance had RELEGATION written all over it.