A Jolley appointment at Barrow

Having sacked David Dunn last week, Barrow have turned to former Burnley under-23 coach Michael Jolley to take over as their new manager. 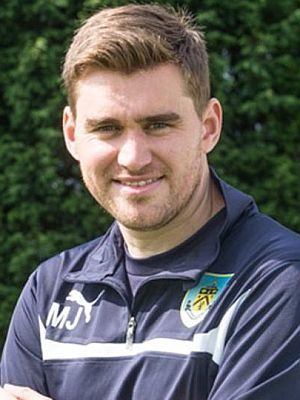 He was Grimsby manager until late 2019 but is now back in League Two with one of the teams promoted from the National League last summer.

Chairman Paul Hornby said: “I am absolutely delighted that Michael has agreed to be our next manager and we all welcome him to the club. The calibre of the candidates for this role was extremely high but Michael hugely impressed us during two rigorous interviews. He also comes with a number of excellent references from people within football and, therefore, it was a unanimous decision by all the owners that he was the man for the job.”

The new manager said: “I am extremely grateful and humbled to become the new manager of Barrow. The club is on an exciting upward trajectory and I look forward to playing my part in the next chapter of that journey. I share the board’s vision for a progressive future for Barrow in the EFL and I firmly believe we can deliver that success together. ”

Jolley left Burnley in the summer of 2017 to take over as manager of AFC Eskilstuna in Sweden and from there joined Grimsby where he was doing a decent job until an incident pushed them into replacing him with Ian Holloway who himself has departed Grimsby today.

I can only repeat my words on this website at the time of his appointment at Grimsby which were: “I had very limited dealings with Michael during his time at Turf Moor but in those I did, there isn’t one wrong word I can say about him and he was always very helpful. I wish him the very best.