A Monday night by the Thames 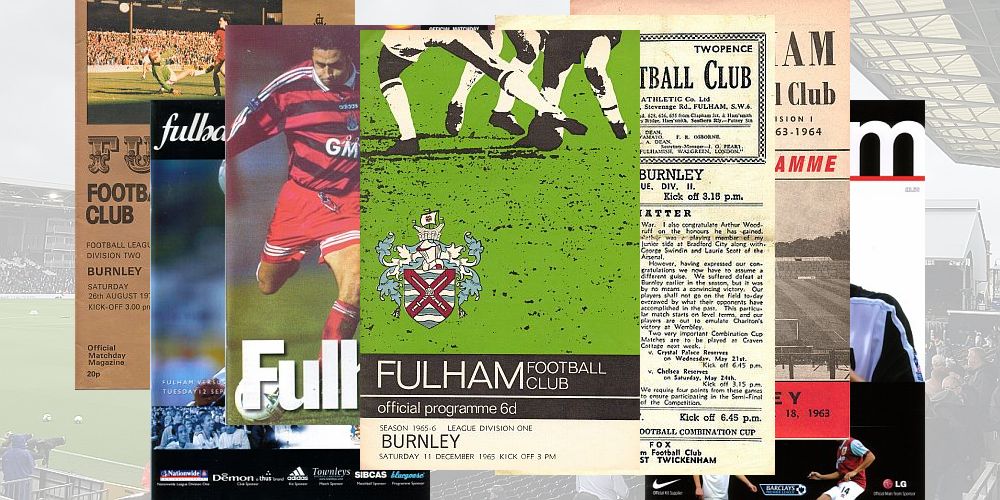 It’s our away game tonight against Fulham and while we still very much have a need to accrue more points it is undoubtedly more important for our hosts who will be relegated tonight should we beat them.

I think we all know the maths. We go into the game with a nine point lead. A win will condemn Fulham to the trip down to the Championship with already relegated West Brom and Sheffield United while a draw will mean they can’t drop another point while needing us not to pick up any more. A home win would give them a glimmer of hope but we would still be very much in the driving seat.

Fulham and Craven Cottage. It’s not that long ago we thought it was all over and done with. Unable to get the ground up to Premier League standards they moved out temporarily to QPR’s Loftus Road until they were able to build a new home. We played them at QPR in the FA Cup back in 2003 but after two seasons there they did return to Craven Cottage with its new temporary stands behind the goals and it’s unique neutral fans section next to the away fans.

It couldn’t get much closer to the Thames, it’s right there on the river bank and currently they are building a new stand on that side of the ground.

I’m sure Sky will mention it tonight that we haven’t won a top flight game there since December 1965 when Willie Irvine scored what was our last away hat trick in the top division prior to Chris Wood’s at Wolves a couple of weeks ago. They probably won’t mention that there have only been four games since.

Embed from Getty Images
I’m sure we’ll be determined to get over the line as soon as possible which is ensuring mathematically that we’ll be in the Premier League next season and those were Dwight McNeil’s thoughts when he spoke to the media a few days ago.

“That’s the goal,” he said. “To get mathematically safe to go into the last remaining games of the season safe in the Premier League for next season. We’ll be going into the game looking to win it. We just want to get it done as soon as possible because it’s always nice to go into the last few games where you can enjoy it more because you know you’re safe in the Premier League for another season.

“Our main aim is to get the job done on Monday.”

McNeil was substituted in the game against West Ham but he’s been in outstanding form in recent games notably at Everton and Wolves, and he’ll be in the starting line up tonight that will probably show very few, if any, changes from that which played against West Ham.

It’s been a difficult season for Fulham having been promoted last season having beaten Brentford in the play-off final. From the first weekend in November to the first weekend in December they were in 17th place in the table. At all other times they have been in the bottom three having and their only two home victories have come against the two teams who currently sit below them in the table.

Embed from Getty Images
Much has been said of our lack of goals this season but Fulham, with 25 scored, are one of the two teams to have found the net on fewer occasions. Their leading goalscorer is Bobby De Cordova-Reid with six.

The only two potential injury doubts for Fulham are Harrison Reed (pictured above) and Tom Cairney. The two former Blackburn players are back in training. Reed played as recently as 18th April but Cairney hasn’t lined up for Fulham since mid-December. Scott Parker will also be able to call upon Ruben Loftus-Cheek.

It was a Sunday afternoon in the pouring August rain in 2018 and three days after we’d returned from the away defeat against Olympiacos in the Europa League play-off.

We were beaten 4-2 and we could have no complaints at the result either. It was a shockingly poor performance and a day when we found ourselves hit by injuries.

We were behind in only four minutes when Jean Michael Seri scored from distance but we were quickly level through Jeff Hendrick, our best player on the day, when he latched on to a ball through from Jeff Hendrick.

Embed from Getty Images
Jόhann Berg Guðmundsson was forced off with an injury and that forced us into bringing on Charlie Taylor and playing him in midfield, that was until midway through the second half when Stephen Ward had to come off with an injury in what proved to be his final league appearance for us. By then the score was 3-2 in favour of the home side.

Aleksandar Mitrović had scored twice before James Tarkowski, who had scored his first Burnley goal in the previous league game against Watford, scored just before half time.

We never really threatened to get back into it and when Mitrović hit the post, Andre Schürrle hit home the rebound complete the scoring.