A return to Deepdale 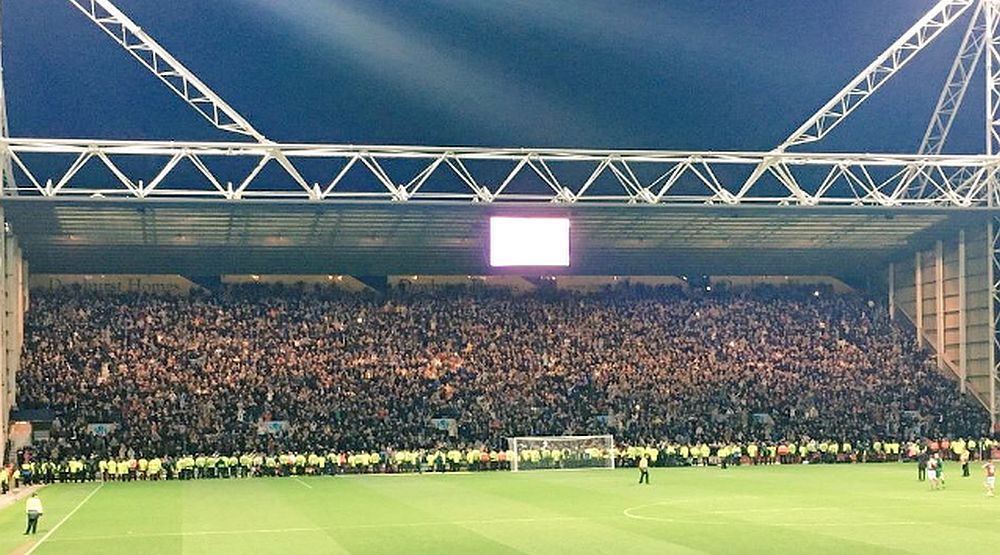 Both of those games were won. Jay Rodriguez and Jack Cork, two players expected to be involved tonight, both scored as we came from behind to win 2-1 in 2011 and in 2016 we won the game 1-0 with a deflected Joey Barton free kick.

That was certainly not the pattern of results in those thirteen previous years when we won just twice, drew three times and lost on the other eight occasions. Overall, in post war football, this has been a fixture, both at Deepdale and at the Turf, where a home win has been twice as likely as an away victory.

But we make the short journey west tonight with the two sides in very different form, not so much in terms of results, but in their respective abilities to score goals and not concede them. In eight games to date, we’ve scored fourteen goals, a total bettered only by Sheffield United and Bristol City. We’ve also conceded a total of eight goals. Our opponents tonight have scored just twice, the least in the division, but have only conceded once and that is by far the best in the division.

Two players are expected to line up against their former clubs tonight, one on each side. Josh Brownhill is the Claret. He started his career at Preston and, according to our club, is set to make his 300th league appearance tonight. I’ve done some checking on this one, and the bible that is the former Rothmans shows him at 290 league appearances at the end of last season meaning he still has two to play to reach that total according to them. If they are correct, he could still make his 300 against a former club with Bristol City here this Saturday.

Embed from Getty Images
Brownhill said of tonight’s game and it being a derby: “It’s really exciting to look forward to them, for the fans to get one over them around you. For us to send the fans home happy with the three points probably means more to them than the performance. They just want that win.”

Brownhill has been an ever present this season in the league and the only time he’s not been on the pitch was following a 90th minute substitution at Wigan after he’d scored twice in the 5-1 win. He’s netted a total of four goals this season, the same total as Jay Rodriguez and one more than Nathan Tella.

He will be in the starting eleven tonight as we go in search of a fourth league win of the season and a third away from home having won at Huddersfield and Wigan. There have been no reports of injuries other than to those who have been out for a while. Ashley Westwood is progressing well while both Kevin Long and, in particular, Scott Twine are getting closer to fitness. There’s also good news on goalkeeper Arijanet Muric who is expected to be fit.

However, news has surfaced today that Darko Churlinov could be out with his national coach Blagoja Milevski suggesting he might not be fit for North Macedonia’s forthcoming internationals. But we still have all of Anass Zaroury, Jordan Beyer and Halil Dervişoğlu to add to the squad.

What a strange start to the season Preston have had. They’ve beaten Luton and Coventry 1-0 away and lost 1-0 at home against Birmingham. All their other five games have ended 0-0. Brad Potts scored for them at Luton with Emil Riis Jakobsen netting in the win at Coventry.

That’s in contrast to the end of last season when they scored five and conceded five in their last two home games. They ended the season with a 4-1 home win against Middlesbrough with Jakobsen scoring their last two goals.

For tonight’s game, manager Ryan Lowe will be without Ben Woodburn and he will be the only absentee with all of Andrew Hughes, Bambo Diaby and Sean Maguire expected to be available.

Embed from Getty Images
The one familiar player to us in the Preston line up is Robbie Brady. We all hope he’ll have a quiet game tonight but I think we are also pleased for him that he’s been in Preston’s starting line up for all their league games so far, a sign that hopefully his injury problems are behind him.

A Friday night in front of the Sky cameras. Our 44th game of the season and still looking for the promotion and the title.

Embed from Getty Images
In front of a packed Shankly, Burnley won 1-0 with an early Joey Barton goal at the far end. It came from a free kick, a clearly deflected free kick, but it was enough to secure the three points and take us into the last two games which were also won to take us up as Champions.

There’s nothing else to say. There’s no need to really take a look back at the game, just remind ourselves of a brilliant, brilliant, Deepdale night.