A season to forget 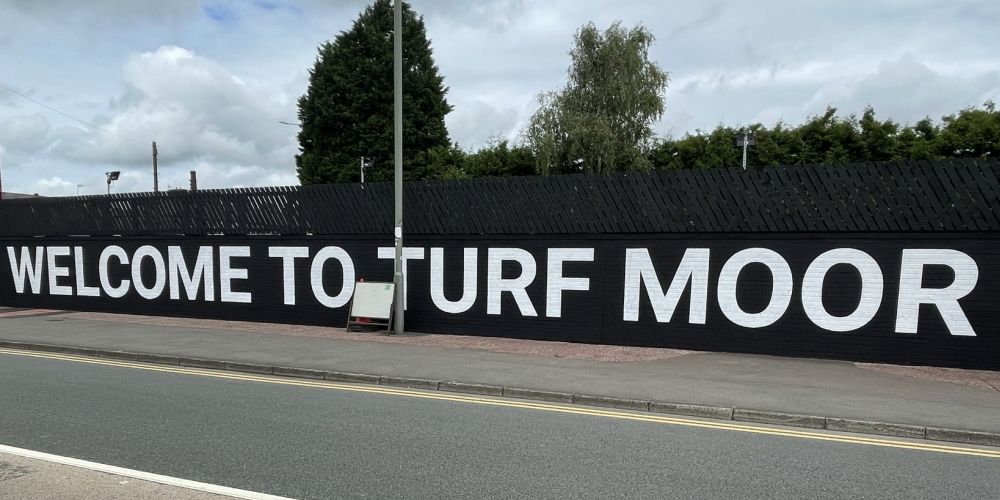 The 2021/22 season started with so much hope but ended with us losing our place in the Premier League after six consecutive seasons, leaving us to face Championship football for the first time next season since that glorious day at Charlton in May 2016.

Looking back to last August, I don’t think it’s wrong to suggest there was real enthusiasm among supporters. For a start, we were able to get back into the ground after more than a season of games had been played behind closed doors. Although we’d finished in the lowest safety position of 17th in the previous season, we were comfortably safe with 39 points. We had new owners who were talking a good game and we made some strides in the summer transfer window. Nathan Collins had kicked it all off, coming in from Stoke, but the only other addition ahead of the big kick off was goalkeeper Wayne Hennessey who would provide cover for Nick Pope with his signing allowing Bailey Peacock-Farrell to go out on a season long loan to Sheffield Wednesday.

I was chatting to a friend inside the ground before the opener against Brighton. He suggested that we couldn’t keep playing with the same players, season after season, and continue to survive in the Premier League. When the team was announced, there were only two changes from the team that had played against Spurs in the final home game before the 2019/20 season was suspended with Matt Lowton and Jóhann Berg Guðmundsson in for Phil Bardsley and the long departed Jeff Hendrick.

It all started well too. James Tarkowski scored after two minutes. It really was a game we should have won but two Brighton goals, five minutes apart, on 73 and 78 minutes condemned us to defeat and a week later, despite playing well, we couldn’t repeat our behind closed doors performances at Liverpool and came home losing 2-0.

Four days later, it was League Cup night at Newcastle. Ahead of the game, we confirmed the re-signing of Aaron Lennon who had been training with us. He started at Newcastle, played well in a 0-0 draw, but the star of the show was debutant Hennessey who made some terrific saves before becoming the hero in the penalty shoot-out victory.

Embed from Getty Images
One game to go before the first international break. We needed to get off the mark but the big news that day was the capture of Ivorian Maxwel Cornet from Lyon. It was a signing that excited the Burnley fans and still does. Leeds were our visitors that day and this was another game we should have won but a Patrick Bamford goal four minutes from time earned them a point.

Two days later, as the window closed, we added our fifth signing, that of Connor Roberts from Swansea but we knew we’d have a wait to see him as he recovered from groin surgery.

Everton at Goodison next and another defeat from another game in which we should have got something. We went in front too but then somehow managed to concede three goals in a six minute spell from which there was no return.

The big news coming out of Turf Moor in the following week was of Sean Dyche signing a new contract that would see him remain at Burnley until the end of the 2024/25 season. “We are huge fans of what Sean Dyche has achieved at this club,” chairman Alan Pace said. “It was important for everyone to get this deal over the line and look towards the club’s future starting with this current Premier League season. I look forward to working closely with Sean and his team over the coming seasons as we seek to raise the bar and build on the solid foundations that have been laid over the past nine years.”

One point from the first four games told you this was a poor start but we were playing well and should have had considerably more points. That theme continued with a home defeat against Arsenal and a draw at Leicester. Despite leading twice, we had to settle for a point at Leicester although we thought we’d won it with a Chris Wood goal deep into stoppage time that was ruled out for a marginal offside.

Embed from Getty Images
Something had to give. We’d either play badly or win a game. Sadly, we got the first poor performance of the season when whipping boys Norwich came and got a point from a 0-0 draw. Even so, a decent referee would have deemed Matěj Vydra being punched in the head by the goalkeeper as worthy of a penalty. By the next time we played at home, we’d won one point from two games on the road.

On what was Sean Dyche’s ninth anniversary as Burnley manager, we finally won a game. We simply blew Brentford away in the first half and led 3-0 with our visitors pulling one back in the second half. Wood and Lowton scored the first two goals but a special mention for Cornet who scored the third. It’s wrong that he is only now getting his first mention in this review since his signing. This was his fourth goal and he was making a name for himself as a scorer of spectacular goals.

Three draws followed but then came the first shocker of a performance at Newcastle. We lost 1-0 against them; their first win of the season, but the performance was worrying. I’d honestly believed we were unfortunate to be in the bottom three; this performance suggested otherwise.

Another home draw followed before we had three successive games called off because the opposition had a lack of players due to covid. Two of them were called off very close to kick off. We returned with two away games at Manchester United and Leeds. Both ended in 3-1 defeats but were so different. We went 3-0 behind at Old Trafford despite not playing badly; Lennon, playing up front, pulled one back.

Leeds was awful, simply awful, but until they scored two late goals they didn’t really look as though they were going to win it. As the final whistle blew, I spoke to a former player. “We’re in trouble aren’t we?” I said to him. His response confirmed my thoughts and for the first time all season I realised just how much trouble we were in.

Embed from Getty Images
Illness kept me away from the FA Cup tie against Huddersfield. We lost a lead but I’m told the second half performance was shocking. Wood played in the first half of that game; we never saw him again. He cleared off to Newcastle in the following week but suddenly, after two more covid postponements, we got ourselves a decent run of results.

It started with a 0-0 draw at Arsenal when, as it happened, we dropped to the bottom of the league for the first time. A 1-0 defeat against Liverpool, when we deserved much more, was our only defeat in seven games. Brentford had remained our only win but we put that right with victories at Brighton and at home to Spurs.

We’d signed Wout Weghorst to replace Wood after the Arsenal game and he’d played in all six. He looked exceptional at Brighton where he scored the first goal, got an assist and played a big part in our goals in a 3-1 win.

We were still 18th, still in the relegation positions, but there was renewed hope. Leicester at home was next and we were dealt a cruel blow when Ben Mee was forced off with injury; he wouldn’t play again all season. We lost to two late goals and it was the first of four successive defeats in which we failed to score a single goal. The third of those came at Brentford when again we lost 2-0 to two late goals when we looked comfortable.

Everton, who had cried off on Boxing Day, were next and they were finding themselves in trouble too. We led 1-0, fell behind to two soft penalties, but then, in a storming second half, won the game 3-2. Collins, who had done well since replacing Mee, scored his first goal, Jay Rod got the second and Cornet, who hadn’t scored since the game at Leeds, netted the winner.

Embed from Getty Images
We were only a point behind Everton now. They had Manchester United at the weekend and we had Norwich. This was, everyone thought, a real opportunity for us. Everton beat United and we lost at Norwich in a performance best described as feeble.

As shocking a performance as it was, no one could have expected the news that came five days later on Good Friday. Dyche was sacked alongside Ian Woan, Steve Stone and Billy Mercer. We had eight games remaining with Alan Pace reportedly set to bring in an interim manager. Until then, it was Michael Jackson, the club’s interim under-23 coach, in charge with Paul Jenkins, the academy director, Mee, the club captain, and Connor King who is the transition goalkeeping coach. That was to be the set up for all of the remaining eight games.

It all started well. We drew at West Ham and then beat both Southampton and Wolves at home. We were out of the bottom three. Then came the trip to Watford. The performance, for the most part, was no better than the one at Norwich that had ended Dyche’s time at Burnley. We were dreadful for well over seventy minutes and then gave it a go. Jack Cork and Josh Brownhill scored within three minutes of each other. We’d won a third successive game and we were sixteenth.

Fans thought we’d achieved the impossible, that we were staying up. The club danced around on their social media platforms for days after. I, like many others, knew that we still had work to do. I thought another win would do it.

Sadly, that didn’t happen. Aston Villa came to the Turf and beat us, and deservedly so, and we then lost at Spurs although I didn’t think we deserved that. The journey coming up the M1 home from there was horrific as we listened to the radio commentary from Leeds as they got a draw against Brighton with a stoppage time goal.

Embed from Getty Images
We put that right at Villa in the midweek with a draw to leave everything in our own hands. All we had to do was match Leeds on the final day. They were at Brentford; we had Newcastle at home. We simply did not rise to the occasion. It was a weak performance from us on a day when another late goal gave Leeds a win.

It was a sickening day knowing that the next time we would play it would not be in the Premier League after six years, six years that have left us with some amazing memories, some fantastic days out, winning at Chelsea and Manchester United, winning at Arsenal and Liverpool, albeit with us not able to be there, and not forgetting that memorable month in the Europa League qualifiers.

Still without a manager, although that looks set to be resolved very soon, and still not aware which players are leaving and which are staying. But in 51 days it will all start again as we return to the Football League as a club looking to win promotion to the Premier League.

Highlights of the season? There haven’t been too many but I suspect most would point to the last few minutes at Watford alongside that home win against Everton. Lowlights? Too many of them but I still shudder at the defeats at Newcastle, Leeds and Norwich.