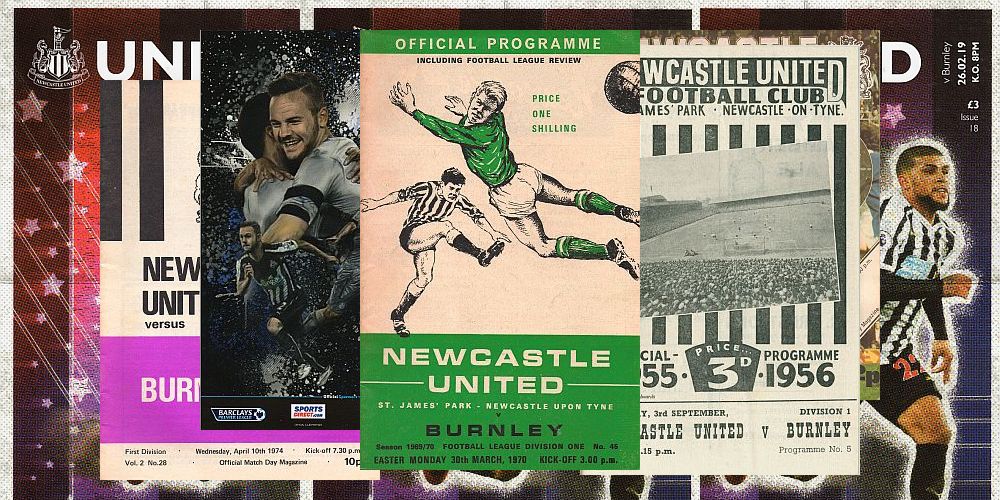 Tonight’s game against Newcastle United at St. James’ Park is one that has stood out for me since I saw the fixture list because of the fact that it will be so different to the last time we were there on Leap Day earlier this year.

Five of us went by car that day, got there early, went into a superb pub for eats and drinks before strolling up the hill from the banks of the Tyne up to the imposing ground and the climb into the Gods for the game. Many away games this season will be different to last because of the current situation but that one was the very last time we were able to travel to an away game, the last time, in some instances, that we’ve even seen friends that we go to football with.

Tonight it is back in front of the television as we look to kick start the season and get our first points on the board. Despite a nice little cup run, which disappointingly came to an end this week, it’s been a difficult start in the league with two defeats at Leicester and then at home against Southampton. I thought we played ok at Leicester but we never seemed to get going last week.

We know one of the problems has been the ridiculously long injury list. It really hasn’t helped but we are getting some of those players back even if we’ve had to add another one on in Matt Lowton, courtesy of Raheem Sterling.

Today is the last game before the international break. We’ve had four players called up by their respective countries; Robbie Brady, Bailey Peacock-Farrell, Nick Pope and Dwight McNeil who has made the England under-21 squad this time. Being left out last time left just about everyone bemused, even as much as we all are that Jordan Pickford retains his place in goal for the full international side.

Embed from Getty Images
McNeil, who admitted: “I was a bit disappointed not to be in the last squad,” firstly has to prepare for today’s game at Newcastle. He said: “We could maybe have got something out of the Southampton game, but we always look forward and we’re looking to the game against Newcastle.

“We’ve been in the position before. We’re an experienced group and we’re looking to get points going into the international break and if we do that we’ll have that bit of confidence and momentum when we come back after the break and we can take it into the games after that.”

McNeil will be one of the first names on Sean Dyche’s team sheet as he’s been now for some 21 months but it is still a juggling operation working his way through the treatment table before he can name his team.

What do we know or what do we think in terms of the injured players?

Latest recruit Dale Stephens, who was cup tied for the midweek game against Manchester City, is available again and will now have had time training with the squad which will be advantageous but I wonder what line up Dyche will decide on.

I do think Tarkowski and Barnes will both play and I think the biggest conundrum could be the midfield, in particular deciding on who plays on the right hand side. Last week it was Josh Brownhill. I know that is not his favoured position but it might be a case of needs must for one more game and I think he will be there which will allow Stephens to continue in the middle alongside Ashley Westwood.

Newcastle have, I think it is fair to say, been more active than us in the transfer window. They have brought in both Ryan Fraser and Callum Wilson from Bournemouth, Norwich’s Jamal Lewis and Jeff Hendrick who opted to move to Tyneside from Burnley, a move that our manager Sean Dyche bemoaned again yesterday.

They’ve made what you could describe as an average start to the season, winning one, drawing one and losing one of their three games in the Premier League. They won on the opening weekend at West Ham when Wilson and Hendrick scored their goals in a 2-0 win but were then beaten 3-0 at home by Brighton.

Embed from Getty Images
Last week, with some good fortune, it has to be said, they drew 1-1 at Spurs. They were second best throughout but earned a point with a hotly disputed stoppage time penalty awarded for handball, a decision that even Steve Bruce described as a nonsense.

They have also reached the fifth round of the League Cup. After victories against Blackburn and Morecambe, they came through in a penalty shoot out against Newport this week.

If Bruce has any selection problems then they will be in defence. He’s without both Paul Dummett and Ciaran Clark while both Jamaal Lascelles and Emil Krafth have slight problems although both are likely to be passed fit. He also has some good news in Fabian Schär reporting in fit. There is also good news for the Newcastle boss with wide man Allan Saint-Maximin expected to be fit.

Bruce also had words about Hendrick. He confirmed that Sean will be missing his reliability and professionalism. “He’s a very, very good player, the kid, and he’ll be a valuable addition to us,” Bruce said. “He can play in numerous positions, a great pro, and a really good lad. We’re delighted to have him on board. I’m sure Sean will miss him because obviously he’s a very good player.

It was hardly a classic and will probably best be remembered for the reason that it was the last away game we were able to attend. This somewhat stale 0-0 draw also extended our unbeaten run to six games which had started with the 2-1 home win against Leicester.

Despite it not being a classic, we were outstanding defensively and limited Newcastle to very little going forward. It was a day when all our best performers were at the back with James Tarkowski and Charlie Taylor, in particular, standing out.

Embed from Getty Images
A week earlier we’d had all the fun and games with VAR but we didn’t even get that in this game but it was another vital point for us that took our total to 38 with ten games still to play and just about confirmed our place in the Premier League for another season.