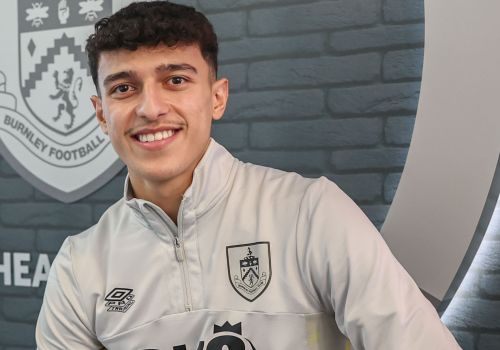 Burnley have raided Belgian football again to sign under-21 international central defender Ameen Al-Dakhil from Sint-Truidense V.V., usually known as Sint-Truiden, on a deal until the end of the 2025/26 season.

The 20-year-old was born in Iraq but moved to Belgium as a youngster and, to date, has played all his football in the country, starting with Tienen and Anderlecht before signing for Standard Liège where he made his first team debut back in July 2021 against Genk.

Having played thirteen league games for them, he moved to Sint-Truiden on the final day of January last year and has established himself in the first team there and played on twenty-five occasions for them in the league.

He’s played for Belgium up to under-21 level but he was also called up to the Iraq under-20 squad for a tournament that was cancelled due to the COVID-19 pandemic.

Now a Claret, who will wear the number 28 shirt recently vacated by Kevin Long, he said: “I’m really excited to be here, it’s a really nice club, everyone I have met so far have been great with me. It’s a great club to be at and to make the next steps in my career and improve and learn as a player here.

“It’s been a really busy week for me, I haven’t slept much at all, but it’s all worth it now I’m finally here and a Burnley player.”