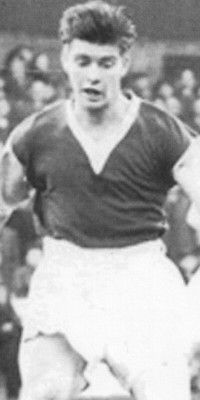 All of us at Up the Clarets are saddened to learn today of the death of former Claret Albert Cheesebrough at the age of 85.

Albert was a Burnley player in the 1950s, an inside forward who scored 40 goals in 158 league and cup appearances for the club with some of those goals coming due to his powerful shooting. He was representing his local club and it wasn’t just football, he was also a member of the first team at Lowerhouse Cricket Club for some time too.

His Burnley debut came in April 1952 in a home game against Manchester United when he came in on the left wing for Billy Elliott. It took him a while to establish himself in the team but he became a regular in the 1955/56 season and remained so until the emergence of Jimmy Robson who eventually replaced him during the 1958/59 season. Cheesebrough won his place back in the team and played the final seven games of the season, the last of which was a 2-2 draw against Newcastle.

That game signalled the end of his Burnley career and that summer he signed for Leicester for whom he went on to play in the 1961 FA Cup Final against Spurs. He later signed for his old Burnley team mate Tommy Cummings at Mansfield before ending his playing career at Port Vale.

At the end of his playing career he became a butcher in Southport but the name Cheesebrough lived on in sporting circles with his daughter Susan becoming an Olympic gymnast. Albert continued to live in Southport for the rest of his life.

Our thoughts today are with his wife Shirley and their daughters Susan, Anne and Catherine.