Following the tragic death of John Haworth in December 1924 Burnley decided to appoint a new manager from within the club and handed the job to Albert Pickles. 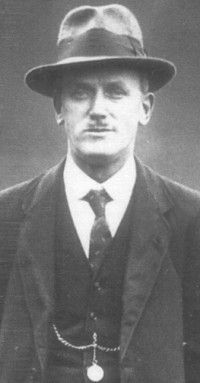 Pickles had joined Burnley Football Club as a director in 1918, and had himself been a promising footballer as a youngster, so much so that he was offered a trial with Aston Villa. His parents refused him permission to go for the trial and instead he had played locally with Burnley Belvedere.

Despite the fact that the team were by now struggling the previous manager had remained popular following his achievements, but with falling crowds it was always going to be a difficult job for Pickles. Relegation was avoided at the end of the 1924/25 season after he made his first signing, bringing in Jack Bruton from Horwich RMI.

Hopes were high for the following season and the manager was confident. There were new signings in Joe Devine, Andy McCluggage and Louis Page, but that confidence almost drained on the opening day of the season as we crashed 10-0 at Aston Villa. It led to another difficult season and again we only just avoided the drop. The great Bob Kelly left early during that season and only three wins in the last five games saved us from relegation. The first of those wins was by a score of 7-1 at Birmingham when Page scored six, the most any Burnley player had scored in one game. That remains the case to this day.

A good season followed with a fifth place finish in 1926/27 but it was back to struggling again after that and, inevitably, after three more relegation battles, we went down again to Division Two after finishing next to bottom in 1929/30 season. Things were no better in the lower division. After an average first season we were not far from dropping into the Third Division North in 1931/32, finishing the season just two points above relegated Barnsley.

We needed a good start to the 1932/33 season but after drawing at home to Chesterfield in the opening game we fell to a heavy 6-1 defeat at Deepdale against Preston two days later on Bank Holiday Monday. Pickles immediately offered his resignation which was accepted reluctantly by the board of directors.

Albert Pickles passed away in September 1958 having reached the age of 80.