I have to admit that I was surprised when Mansfield Town confirmed that they were releasing Alex MacDonald once the 2019/20 season had finally been ended prematurely, but today he’s moved himself up a division and signed a contract with Gillingham. 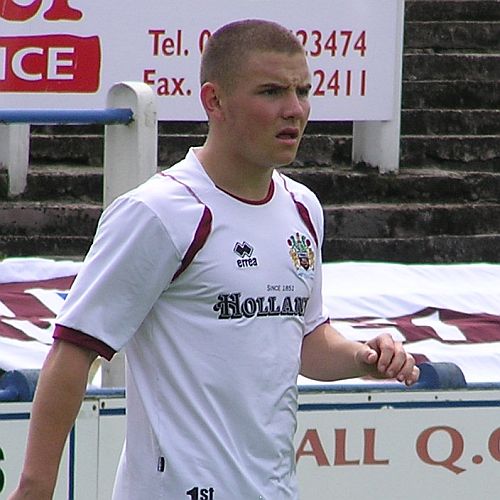 It seems a long time since Alex made his Burnley debut, coming on as a substitute in the 3-3 draw against Cardiff, a game probably best remembered for Andrew Cole chasing Darren Purse up the tunnel after the Cardiff player had been sent off for a shocker of a challenge.

Although never able to establish himself as a first team player at Burnley, he got himself plenty of experience during loans with Falkirk, Inverness CT, Plymouth and Burton before finally signing permanently for Burton in January 2013.

Two years there were followed by two years at Oxford before he signed for Mansfield in January 2017 to become one of the most popular players with the fans at Field Mill. At Mansfield he was managed by Steve Evans and it is Evans who has now taken him to Gillingham after a difficult last season at Mansfield that saw him sidelined for some time following knee surgery.

Evans said today: “Macca is a top class player in League One when he is focused. Like Jacob Mellis (who has also signed for Gillingham), he is experienced and eager to play here. I thought he was going to stay in the Midlands in League One but I was keen to get him here and our chairman made it happen. Not a big name signing, but a very good player who our fans will like very quickly.

MacDonald said: “It’s been a weird summer but to finally get signed is a relief and, after training this week, I’m really excited. The gaffer found a way to get the best out of me while at Mansfield. He rang me and wanted me to come down and luckily enough we got the deal over the line.”

It’s over fourteen and a half years since I first saw Alex MacDonald in action. He came on as a substitute in a Youth Alliance League game against Wrexham and scored twice in a 4-1 win. Earlier goals had been scored by Rob Turner and Marc Pugh that day.

He’s gone on to make over 320 league appearances in his career and we wish him the very best at Gillingham.