All set for a trip to the new Spurs stadium 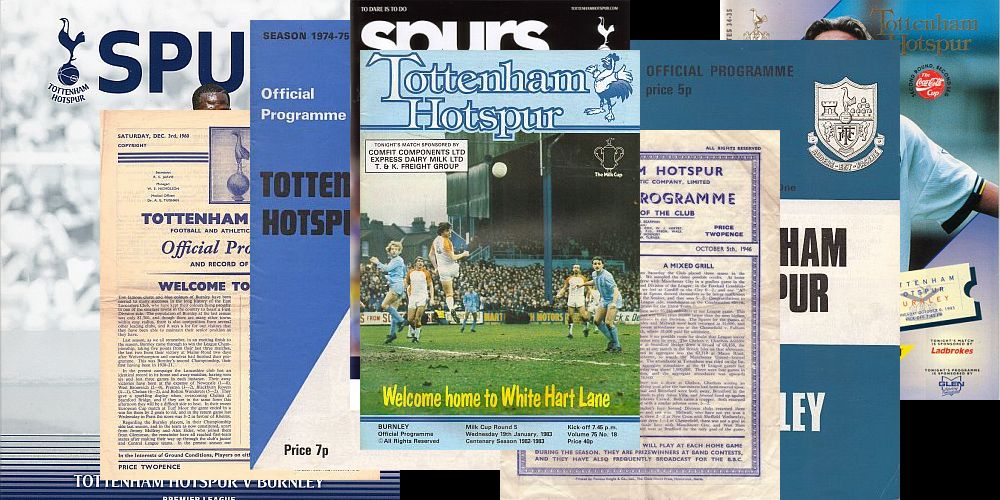 Last season’s away game against Tottenham Hotspur was played in December and I’m sure most of us were hoping that the new stadium would be opened by the time we got there, more so given our perilous position in the league during the first half of the season and the possibility of us not being in the Premier League in 2019/20 season.

There were so many delays it was inevitable that we’d be back at Wembley to play them there for a second successive season but tomorrow we finally get the opportunity to visit the new Tottenham Hotspur Stadium.

It’s a pity we didn’t turn up there immediately after the win at Watford. It was a successive 3-0 win, following on from having beaten West Ham by the same score at home in the previous week, and we’d moved into a very good position in the table with two home games to come.

Unfortunately, both those home games ended in defeat. Last Saturday proved to be a typical game against Roy Hodgson; he saw his Crystal Palace team win 2-0 with their only two shots on target after all but nullifying us.

That result really was a disappointment and we followed that up with a 4-1 defeat against Manchester City last Tuesday. In all fairness, City were exceptionally good on the night, but we allowed them to dictate the second half far too easily although I’m sure they’d have still gone on to beat us no matter how we’d done.

Now it is Spurs, and a side who have had a more difficult start to the season than we might have imagined which has led to Jose Mourinho coming in to replace Mauricio Pochettino. Playing at the old White Hart Lane and at Wembley, we’ve picked up just one point against them on our travels. They gave us a 5-0 hiding back in the 2009/10 season, with Robbie Keane scoring four of those goals, but it has been much closer since with two 2-1 defeats, that draw at Wembley two seasons ago and then the 1-0 defeat last season.

Embed from Getty Images
James Tarkowski, who I thought was our best player in the City defeat, is looking forward to his first visit to the new stadium. “Seeing it on the television the stadium looks incredible,” he said. “I’m looking forward to seeing it beforehand but then concentrating on the job after that and hopefully we can put on a performance.”

He added: “We want to be competitive in all the games we play in. Mostly, against the top sides it is difficult but there’s no reason why we can’t take points off them. This season so far we have struggled with that but over the course of the season we’ll be hoping to get more from them.”

Tarkowski is an ever present this season, as is his defensive partner Ben Mee, but there are injury problems which make it difficult to consider what the starting line up might be. Long term injury victim Jόhann Berg Guðmundsson is ruled out as is Kevin Long who it has now been confirmed has a hip injury. There are also doubts about Phil Bardsley, Charlie Taylor, Ashley Westwood and Ashley Barnes with Bardsley having started the Manchester City game while Barnes came on as a substitute.

Reading between the lines, I suspect Taylor and Westwood might miss out but Bardsley and Barnes could be in the starting line up.

On 10th February they beat Leicester at home 3-1. It left them five points behind the eventual champions Manchester City but with a game in hand. They were also a convincing ten points ahead of Chelsea who ended the season above them.

All the talk when they arrived at Burnley a week later was of them offering a big challenge to the top two. Not only did it not happen, it failed spectacularly. They lost 2-1 at the Turf and followed that up with only three more wins in a further eleven games.

Embed from Getty Images
That was three wins in twelve games and that’s exactly what they achieved at the start of this season, those wins all coming at home against Aston Villa, Crystal Palace and Southampton. That led to the departure of Pochettino. Mourinho was confirmed during the following day and he opened up with an away win at West Ham, followed it up with a home victory against Bournemouth before losing at Manchester United.

Uncharacteristically, they have conceded two goals in each of those three games, and also did in the Champions League game against Olympiacos but they’ve been conceding goals all season and their 4-0win against Crystal Palace back in September is the only occasion they’ve kept a Premier League clean sheet this season.

It’s going to be a very tough game though. They are scoring plenty of goals under Mourinho and they will be smarting from Wednesday’s defeat at Manchester United. Dele Alli has suddenly found his form for them and then there is the goal threat from Harry Kane along with the play of Son Heung-min (pictured) who is another player currently in good form.

What will their team be? We know goalkeeper Hugo Lloris is out as is his deputy Michel Vorm while both Ben Davies and Erik Lamela remain out of the reckoning.

Last season’s away game at Spurs came one week later than it has done this season. We’d won the previous game against Brighton which had just about lifted us out of the bottom three but it had been only our third win of the season and our first since September.

Sean Dyche had said he might change things prior to the day but I don’t think any of us quite expected us to go with three central defenders in what was basically a 5-4-1 formation with us clearly trying to tighten things up defensively.

Embed from Getty Images
In truth, although we saw little of the ball at times and had a lot of defending to do, we were probably deserving of a point that was so cruelly snatched from us right at the hand. Yes, Spurs should have had a penalty for a foul on Harry Kane that referee Graham Scott mysteriously didn’t give but we defended really well and were just about to celebrate a point on the coldest of days.

The board went up for four extra minutes and that’s when disaster struck. Fernando Llorente got the better of both Kevin Long and James Tarkowski in the air. The ball found Kane and then Christian Eriksen who hammered home in the first of those four minutes. It was another defeat but this one had been nothing like as bad as some of the more recent defeats on the road.