An Etihad night to forget 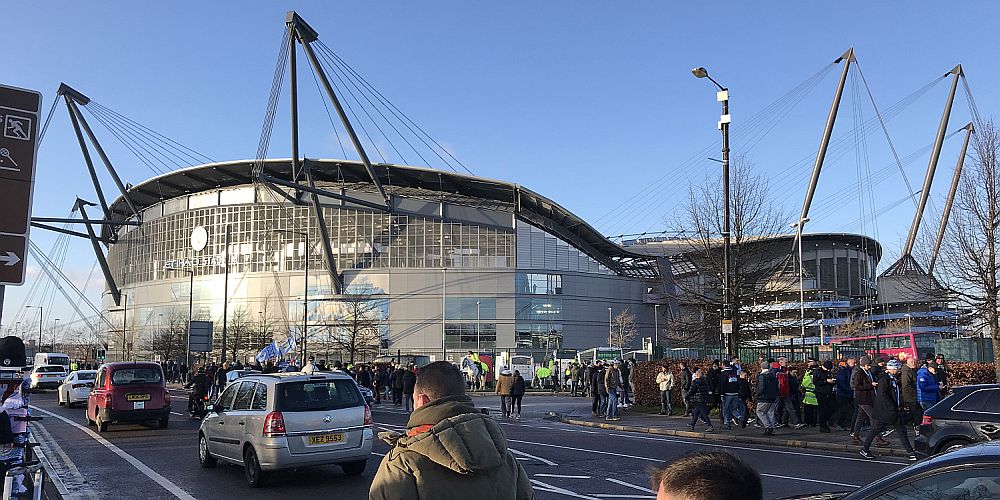 Last season we twice travelled to the Etihad Stadium to face Manchester City and twice came home with 5-0 defeats. Incredibly, we suffered by the same score again last night on what proved to be a night of embarrassment and shame for Burnley Football Club.

It was always going to be a night with a difference, but one I’m definitely going to have to get used to. A back problem in 2015 kept me away from a 2-0 defeat at Liverpool; prior to last night it was the only Premier League game I’ve missed. So there will be no reporting of a good pub found, of a good pre-match meal and drink, just almost straight into the game.

I watched the game with four friends from my own front room, all socially distanced via a FaceTime call which, at least, did allow for some conversation before, during and after the game. As we all signed in for this new normal match viewing experience, the first topic of conversation was the team news and, in particular, our bench.

We knew ahead of tuning in that Jόhann Berg Guðmundsson, Ashley Barnes and Chris Wood were all ruled out with injury and as the team was revealed there was no sign of Robbie Brady, another to pick up an injury to allow him to continue challenging JBG as the most often injured player.

Joe Hart, Phil Bardsley, Aaron Lennon and Jeff Hendrick were also absent and this had quite clearly riled Sean Dyche who, not for the first time, was pointing the finger at chairman Mike Garlick who was later spotted in the stand behind a mask.

Embed from Getty Images
Stan Ternent used to have a go at the board by leaving his bench short on numbers but I don’t think even Stan has ever done what Dyche did last night. With nine places up for grabs, he left two empty while naming two goalkeepers and three central defenders alongside one full back and one youth team striker. Only two of the seven, Kevin Long and Erik Pieters, have played in our first team previously.

Pep Guardiola made eight changes to the side that had beaten Arsenal. It made not a jot of difference; it was still a strong looking line up with a strong looking bench to go with it. All the players and coaches, along with the match officials took a knee before kick off as has been the case in all games since the restart. At that time I was unaware of anything untoward and it was close to the end of the game before I learned of the light aircraft carrying the message I have no desire to repeat in this report.

For now, it’s the football and eventually it was the usual Etihad fare with us not playing too badly, then conceding goals leaving us to wonder just how big the score might be.

Kevin de Bruyne wasn’t in the starting line up for City, but David Silva and Phil Foden were and that, given the quality they showed last night was always going to make it difficult for us. Even so, it didn’t seem to be going too badly and we were comfortably keeping them at bay before conceding a goal in a very un-Burnley like way midway through the half. It came from a corner with Foden not being closed down and able to fire home.

We thought it might not be too bad if we could get in for the half time break with only a one goal deficit, but our discussions were very quickly shoved down our throats when they added two more through Riyad Mahrez.

Embed from Getty Images
He got the better of Charlie Taylor to beat Nick Pope for his first and then ensured City had a three goal half time lead with a penalty in stoppage time. Was it a penalty? I’m not sure how it could be given. Referee Andre Marriner gave nothing and not one single player even considered an appeal. Kevin Friend, on VAR duty, changed the decision but I was under the impression that such decisions should only be changed if it is a clear and obvious error. That, very definitely, was not clear and obvious.

You don’t come back from three down at City and when three becomes five just past the hour you begin to wonder just how many it will be. David Silva got their fourth; Foden got his second with number five and I think we’d have all taken a 5-0 defeat at this stage.

Thankfully there was no further damage and we had one little bright moment close to the end when Max Thompson, an 18-year-old striker we signed from Everton late in 2019, came on for his debut, the eightieth player to play league football for Burnley since Sean Dyche became manager.

Right now, some are thankful we’ve reached 39 points and there is some justification for having that view. We don’t look likely to have any of the missing players back in the immediate future and there is clearly now friction between chairman and manager. When that happens it usually ends only one way and that’s not what any of our supporters want. For Dyche to suggest the short term contracts weren’t offered early enough is surely an unacceptable situation.

I can’t end this report, on such an awful night for Burnley, without mention of Ben Mee our club captain. Clearly shaken, he spoke about his and the players’ thoughts on the plane. “I’m ashamed and embarrassed that a small number of our fans have decided to put that around the stadium,” he said. “They have completely missed the point and there’s a group of lads in there who are embarrassed to see that.

“It does not represent what we’re about, the club’s about, the players are about and what the majority of fans are about, I’m sure. It’s a small minority of people and I’m really upset that happened. I’m ashamed and upset it’s associated with our club – my club – and it’s not something we want to see at all in the game. We totally condemn it and are embarrassed by it.”