And another 3-0 win at the Turf

Yesterday, the first team beat Blackburn Rovers 3-0 in the Championship and this afternoon our under-21s recorded their own victory by the same scoreline against Barnsley in the Professional Development League. 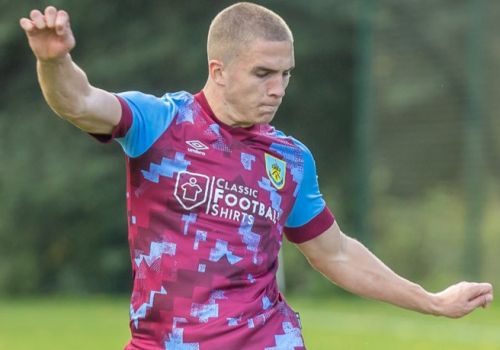 We came into the game on the back of three successive league defeats but once in front today nothing other than a win looked likely. Playing with a 3-4-1-2 formation, there had been chances at both ends, with Burnley eventually getting on top and then, finally, going in front on the half hour through Michael Mellon who had been so close to scoring in the opening few seconds. This time he headed home a Marcel Lewis cross.

It looked to be heading into the break at 1-0 but Owen Dodgson (pictured) doubled the advantage after a fine move down the left hand side, hitting a strong shot into the net from just inside the box.

We could have added to that tally time and again in the second half. Shots went just wide, some were blocked and the goalkeeper made some good saves, but a trialist, introduced as a substitute, scored close to the end with a shot that took a deflection to beat the goalkeeper.

It will now be January before we play another league game but we’ve our four Premier League Cup group games to come, two this month and two next month, with a trip to Swansea to kick that off a week today.