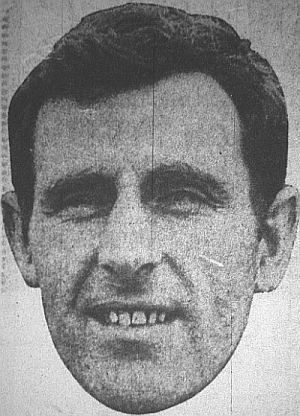 Just a few months after announcing his retirement, former right-back John Angus was granted a testimonial by Burnley Football Club on 5th October 1972 following his loyal service over many years.

The news was greeted, it is fair to say, very favourably among Burnley fans for a player who had proved to be a simply outstanding member of the team, playing in over 520 games for the club from his debut against Everton in September 1955 right up to his last game against Luton almost sixteen years later.

A committee of fans was already in the process of being formed and there were plans for them to re-form the 1962 FA Cup Final team, including Angus, to take on the current team with hopes that the game might go ahead at the end of the current 1972/73 season. This was an honour indeed for Angus. It was rare for Burnley to award testimonials and his was only the fourth granted by the club in post war football.

Former trainer, manager and physiotherapist Billy Dougall was first with his testimonial game played in October 1958. He was followed by players Colin McDonald and Tommy Cummings whose testimonial games were played in November 1962 and the same month in the following year. That was a very select and deserving group that Angus rightly was joining.

Besides playing in the cup final, Angus was in the team that won the league title in 1960 and went on to play in the European Cup. He was also capped by his country, making one appearance, alongside club mate Brian Miller, against Austria in Vienna. His performance that day was described by then England manager Walter Winterbottom as the finest international debut he’d ever seen.

A regular for so long at Burnley, he had played the first two games of the 1971/72 season before injury ruled him out and eventually forced him to retire. He was the last player from that championship winning team to play for the club.

No date was announced for the testimonial but the early hopes were that the game could be played in the week following the final league game of the season.