Another clean sheet and another away point 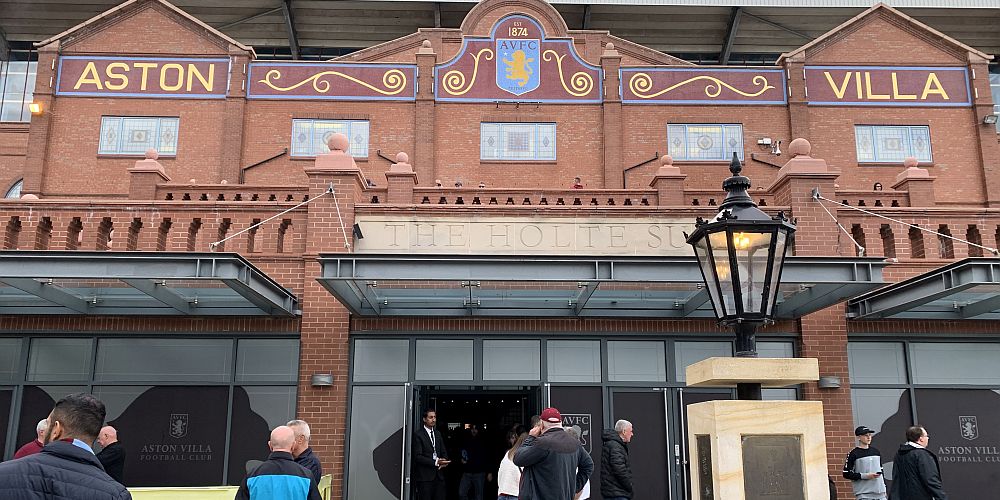 It might not have been pretty at times last night but we came home from Villa Park, once a graveyard of a ground for Burnley, with another clean sheet, another point on the road and we are again out of the bottom in the Premier League.

The second half might not have been the best of watches but I’m sure all of us would have taken two clean sheets when we set out on our travels last weekend. I certainly would have and would have also been happy with two draws.

“Bad ground for Burnley is Villa Park,” was what my dad used to tell me when I first started watching Burnley, and with some justification. We had a dreadful record there in the 1950s and into the 1960s, rarely winning, although their record at Burnley was even worse, their victory at the Turf on New Year’s Day this year being their first in the league since the 1930s.

We haven’t played them too often since those days and our record in that time, in the league, has been ok and our only league defeat there in the last half a century was in 2010 when they managed to score four times in just over ten minutes to go on and beat us 5-2.

Embed from Getty Images
Last night, they were forced to make a couple of changes because of suspensions and chose to make a couple more to try and counteract the way we play. Having won at Arsenal it was no surprise when Sean Dyche stuck with the same eleven with the only change coming on the bench where fit again Phil Bardsley replaced Jimmy Dunne.

Villa started the game the brighter of the two sides but we soon got a foothold and for much of the first half it was a fairly even contest. Probably the closest we came was from a Chris Wood header that brought a good save out of Emiliano Martinez. It wasn’t our only chance but likely to have been the one that forced the best save out of the goalkeeper.

At the other end Nick Pope had not had too much to deal with for much of the first half. There were a couple of scares but our defenders were doing what our defenders do and protecting him to such an extent that life was reasonably quiet for our goalkeeper.

We did clear one off the line but that would have been ruled out in any case and they did hit the woodwork twice and this is where our England goalkeeper came into his own, tipping an Anwar El Ghazi free kick onto the bar. It was a stunning save and helped us go into the break level just after Kortney Hause had missed their chance with a header against the post.

Embed from Getty Images
I was happy enough at half time. Without producing anything special we’d more than held our own and I was confident that we could get ourselves another away win if we could step things up in the second half.

It’s fair to say that it just didn’t happen. We had our moments but they were few and far between with Villa undoubtedly the more likely virtually throughout. I’m not sure we ever had a real clear cut chance of any kind. Robbie Brady tried to set something up when he got his head to a Dwight McNeil cross and Jay Rod turned well to get in a shot that flew just over. Ben Mee came closest with a good shot on the turn that forced a save from the home keeper.

But much of the play was at the other end where Pope was thankful to his defenders so often. The two central defenders were sensational at times and if we didn’t get excited with their performances it’s because we’ve become so used to them playing so well.

Dean Smith went on after the game about them creating enough chances to have won three games. I’d love him to go through these chances with me because I didn’t see a lot of them. They did often get themselves into good positions and they did waste some opportunities, but they didn’t really force Pope into too much in the second half and anything he had to deal with he did quite comfortably.

Embed from Getty Images
It was a tough watch in the second half at times. We didn’t offer enough offensively and there was a lot of defending required. We had Jack Grealish to deal with. He’s a talent no doubt, he might have just had a bit more energy to had he not been forced to walk to Villa Park rather than drive and I think at times he thought he was still driving into cul-de-sacs or maybe he’d just seen how El Ghazi was not making the most of what came his way.

Yes, a tough watch although I got to about eighty minutes and I reckoned Villa were spent and was quite relaxed as we kept yet another clean sheet on the road and earned ourselves a third 0-0 away draw of the season.

We are going to need more than that as the season progresses. We are going to have to find the way to goal a little bit more than we are doing right now, but keeping clean sheets really is a good place to start. Had we sneaked a win last night there would have been no other club this season with more clean sheets, but our failure to score kept Villa on top of that table with their sixth.

Our position in the table is nothing to get too excited about but things are changing at Burnley both on and off the field and I think we’ll have more than enough to push ourselves up the table in the coming weeks and months. I certainly hope so.