Burnley were at it again in 1992 and having scored late goals in the previous two away games to secure 2-2 draws at Walsall and Scunthorpe United, we went one better at Cardiff and scored twice in the final five minutes to record a victory.

Back in early November, we reported that Michael Shackleton had been charged with the murder of 66-year-old Frank Ashcroft of Ribchester Avenue who had died of injuries in Royal Preston Hospital having been the victim of what was initially a grievous bodily harm offence until he suffered a relapse in the hospital. In this week in 1992, Shackleton pleaded not guilty to the charge of murder but guilty to the charge of manslaughter at Preston Crown Court and was granted bail. 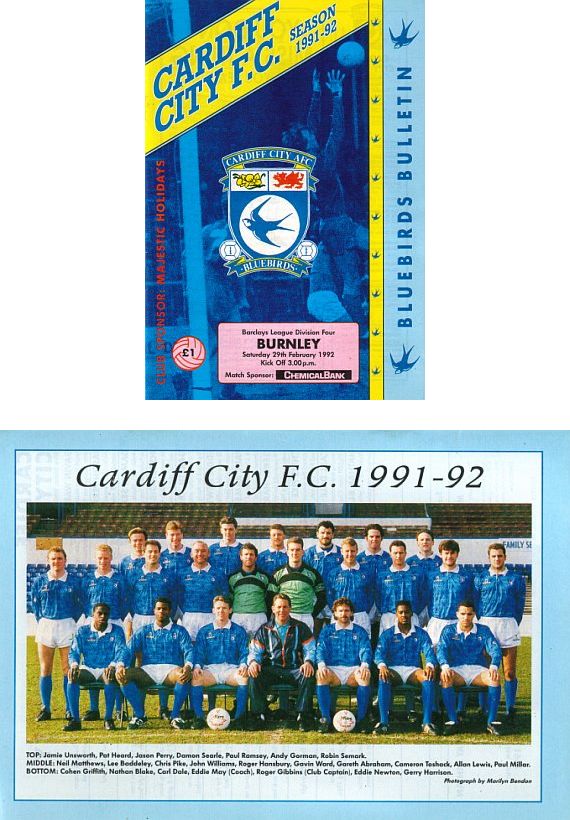 There was a house fire in Aylesbury Walk. The couple’s young son, aged four, had gone to his bedroom to play but they found him ten minutes later with the bedroom ablaze. His dad was able to get him out and, although suffering from shock, the boy was thankfully uninjured.

When I was younger, so much younger than today, apart from not needing any help in any way, the Angels was my regular haunt at the weekend. But things had changed there and the owners were ordered to appear before councillors to answer police criticisms over informal House parties being held there.

Councillor Ken McGeorge reported: “I have the same view as the police. We should have the management here and see what they have to say. This could just be the start of Acid parties and we don’t want that.” The council’s legal officer Miss Denise Thompson told councillors: “There is probably very little you can do under the terms of the licence.” “Oh yes there is,” replied McGeorge. In a brief response, the Angels management said they would meet to decide on what to do next, and then probably got back to their party.

Police were investigating a number of house thefts. Televisions, video recorders, stereos and cash were among the items taken along with a water heater, an electric shaver and some clothes. Four cars had also gone missing from outside houses.

One poor Burnley woman was assaulted because she annoyed her boyfriend. It landed the boyfriend in court where he was fined £100. It all happened on two visits to her house. On the first visit he threw a bit of furniture around and punched her in the leg and face. On the second visit she took his fist in her mouth. He told the court he hadn’t gone with any such intentions but she’d annoyed him. The court were told that the relationship had ended.

In an incident involving another couple, a man was involved in a street fight brought about by months of goading by a former girlfriend. This aggrieved 39-year-old was sentenced to three months in prison for unlawfully wounding when he left another man unconscious and bleeding on the street. A previous nine month suspended sentence for a similar offence was brought into effect to make it a year.

There was some big news in Burnley regarding home entertainment. No longer were viewers restricted to four channels but for an additional sum could receive a selection of new channels including Sky One, Sky News, Sky Movies and Sky Sports along with such as MTV and The Comedy Channel. It was all through Cable TV with prices ranging from £5.95 to £20.00 depending on which package was taken.

It gets even better. There were special offers on televisions and if you bought a Decca 21” set along with a Decca video recorder at £629, a free Decca 14” television set was thrown in for free.

Burnley was also preparing for the visit of Lord Montagu. It was announced that he would be visiting Queen Street Mill in his role of chairman of English Heritage. He wasn’t the only surprise visitor to the area. Sabden might best be known for its legendary treacle mines but crowds of bird watchers were flocking to the village to see a rare Black Throated Diver which had taken residence by the reservoir.

Burnley fans though were heading out of the country to the Welsh capital to take on Cardiff City who had moved up to fifth in the table, some seven points behind joint leaders Burnley and Blackpool. They’d done that with six wins and a draw in their previous seven games.

Not as though we were struggling although Jimmy Mullen warned: “We know how hard tomorrow’s match is going to be for us. They are in the middle of a fantastic run of games, but we haven’t lost a league game for a while so it should be a great match.”

He added: “We have to go and get a result because it’s the start of a very big run of matches for us. In four weeks time we will know exactly where we stand.”

Mullen was without his captain John Pender through suspension, although as it happens he was struggling with an injury. Pender’s deputy would have been Mark Monington, but he too was serving a suspension. It meant the versatile Andy Farrell played alongside Steve Davis in the centre of defence.

It proved to be probably our best away performance of the season although we had to wait some time to win it. When the two goals came late in the game, it gave us a richly deserved victory.

We had some defending to do too, particularly in the first hour of the game, but Davis and Farrell were simply outstanding, and when Cardiff did get through they found Nicky Walker equal to anything they could muster as he made a string of outstanding saves.

We’d certainly had our moments. John Francis brought out a terrific save from Gavin Ward and from the resulting corner Mike Conroy hit the bar, but as the game moved on, so Burnley looked the more likely and with five minutes remaining we went in front.

It came from a John Deary corner on the left. Cardiff won two headers in the box but couldn’t get it away. It dropped right on the edge of the box for Adrian RANDALL who placed a perfect shot into the bottom corner.

Cardiff rallied but were thwarted again by Walker who came off his line to claim the ball and his long kick up field provided the second goal. Graham Lancashire got his head to it, but Ward parried only for CONROY to head home into the empty net and in doing so became the first Burnley player since Willie Irvine in 1965/66 to score twenty league goals in a season.

“He’s doing tremendously well and I hope he beats the 29 that I scored,” Irvine said. “He’s averaging four goals in every five matches and if he can keep that up he could end up with 30 or more by the end of the season.”

It wasn’t over for the Burnley fans at the final whistle, far from it. They had to run for cover after coming under attack from rampaging Cardiff fans at the end of the game. Bricks, stones and bottles were hurled at the travelling fans although the local police dared to describe it as a minor incident. Eventually Supt David Aherne of Cardiff police did praise the Burnley fans for their exemplary behaviour. “They were well behaved, just as we anticipated. There was no trouble at all from them and my officers were complimentary of their behaviour.”

The Burnley team coach was attacked with one window smashed while there were reports from a Burnley Football Supporters’ Club spokesman of Burnley supporters being dragged out of cars but thankfully no one was seriously injured.

The teams at Cardiff were;

Blackpool were surprisingly held to a 1-1 draw by Maidstone at Bloomfield Road and that meant we now had a two point advantage over the Seasiders and with two games in hand. Mansfield too had won and were now level on points with Blackpool. Crewe and Rotherham in fourth and fifth place were now eight points behind us.