Another lead lost and it brings another defeat 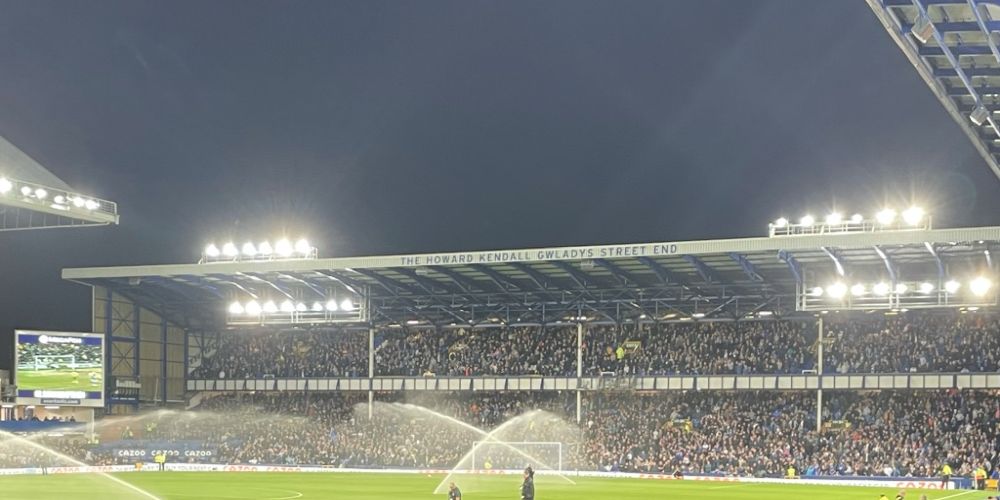 Burnley were beaten on Merseyside for the second time in just over three weeks last night when we went down to a 3-1 defeat against Everton at Goodison Park.

For the third time in just four games this season we took a 1-0 lead, but for the third time we couldn’t keep it and, as we did against Brighton, we went on to lose the game, this time after Everton hit us with three goals in six minutes.

What was potentially looking like a third Premier League win at Goodison once Ben Mee, on his 200th Premier League appearance, had given us the lead, ended with the sort of result hardly imaginable with just under an hour played.

It’s been a long time coming but it was eventually back to our normal away match day yesterday. Our trip, travelling by car included a well-researched pub stop in Wrightington on the way and that definitely didn’t disappoint, although one regular member of our group, who had enjoyed a busy day himself, had to make his own way there.

Embed from Getty Images
On arrival at Goodison, we made our way to the Fans Supporting Foodbanks van to make a donation, only to find it’s moved. That donation will be sorted out later this week.

I don’t think it was a surprise that the team news, that had come through an hour before kick off, showed a team unchanged from the one that had drawn against Leeds. The only change came on the bench. Summer recruit Nathan Collins suffered an injury on international duty with Ireland and his place was taken by Ivorian Maxwel Cornet who was in the match day squad for the first time.

I think most people know that Goodison is one of my favourite grounds even though over recent years it has afford me views that range from poor to totally shocking. Last night, perched in the corner, it was almost unobstructed other than the Park End goalmouth having to be seen through a net.

Everton were looking for a victory that would take them level on points with the top three and at home against a team with just one point they must have been confident of getting it although that began to look less and less likely for two thirds of the game.

Embed from Getty Images
During the first half, Nick Pope made a brilliant right handed save to deny Abdoulaye Doucouré, but I can’t recall another occasion during the first 45 minutes when I thought we might concede.

Rarely for us, we had more of the possession. We might not have tested Jordan Pickford as often as we might have, but we were the better side and really should have been in front by the interval.

Chris Wood definitely should have done better from a wonderful Dwight McNeil cross but failed to get a proper connection on it. Ben Mee headed wide too and Josh Brownhill, set up by Ashley Barnes after a brilliant touch from Wood, shot tamely straight at Pickford.

But the big talking point of the half was the failure by Martin Atkinson to award us a penalty. It was in the incident referred to above when Mee headed an Ashley Westwood corner wide, but James Tarkowski was clearly block, pulled and hauled to the ground by Doucouré. I don’t think Atkinson would have seen it given his position and the ball going across the six-yard box but surely that was an easy one for Kevin Friend on VAR.

Embed from Getty Images
Soon afterwards, Doucouré was very fortunate not to have been carded for a foul on Westwood and had the penalty been awarded he would have seen yellow for that. I’m not suggesting that I wanted him sent off but given all the moaning right now every time we go into a challenge there must be some fairness.

Half time though at 0-0. We should have been in front, but could we carry on in the second half and go on to win it? The early indications were yes, the game continued with us on top and finally the goal came when Mee headed home a sumptuous Jóhann Berg Guðmundsson cross.

We were deservedly in front, now could we hold on to that lead? The early indication was yes. There was no obvious reaction from Everton at all but just before the hour, with André Gomes about to come on as a substitute, the game changed when former Claret Michael Keane was left unmarked to head home a cross from the right and thus became the third player to score Premier League goals both for and against us, joining his former Burnley team mates Andre Gray and Danny Ings.

That, and the substitution, did change things. Five minutes later and Everton were in front. Let’s, firstly, congratulate Andros Townsend on a wonderful finish that no goalkeeper would have had an earthly of getting too, but how on earth was he afforded the opportunity to get in a shot in the first place?

Embed from Getty Images
From a goal up to 2-1 down. How would we react? By letting Demarai Gray run through the middle and score again within a minute and only an assistant’s flag, correctly rule out a fourth within another minute.

With some 25 minutes to go the game was over as a contest but we did get the ball in the net only for Wood to be ruled offside as Tarkowski headed home. I’m bemused; I don’t understand why it wasn’t given. There was still, with additional time, almost twenty minutes to go. A goal then would have made things interesting.

But it was all over. It could be said that Everton only really played for ten minutes, but what a devastating ten minutes it was. This was a game that, once in front, we should have gone on to win and this is fast becoming a major problem for us.

We lost at home against Brighton having led 1-0 and a 1-0 lead against Leeds only won us a point from a 1-1 draw. That’s eight points dropped already from winning positions which is only five less than the whole of last season.

Embed from Getty Images
Jamie Carragher again spoke about clean sheets keeping us up. Since that diabolical 0-0 draw against West Brom at home last season we’ve only kept two sheets in seventeen Premier League games, those at Wolves and Fulham.

That has to change. We also have to start seeing out games, we simply cannot carry on dropping points like this. Since beating Aston Villa at home in January we have won 18 points from 23 games. That is a worrying statistic.

There is plenty of time to put things right and we know that a win last night, one that we should have secured, would have now seen us sat in thirteenth place. This is no time to panic but it is absolutely right to have concerns.