Another tough afternoon at Tottenham 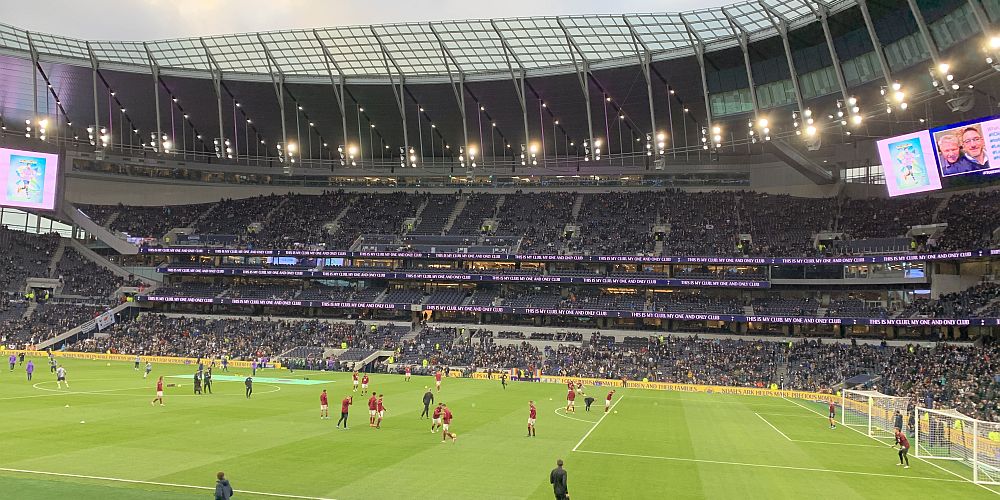 You could be forgiven for thinking the Tottenham Hotspur Stadium is becoming the next Etihad with the Clarets following up last season’s 5-0 defeat there with a 4-0 loss yesterday.

It was almost like a re-run of last season when we were 2-0 down inside nine minutes; yesterday it was 15 minutes. Goals three and four went in at virtually the same time but on this occasion, thanks to two Nick Pope saves, we avoided the fifth goal on a day when there weren’t too many positives to take from the game.

You would think I’d be used to watching games on television by now but for some reason I wasn’t at all ready for it yesterday. Maybe it was because it was Spurs, the last team I actually saw us play or maybe it was the realisation that it was exactly a year since I’d last been to an away game, the 0-0 draw on Leap Day last year at Newcastle. It’s 41 games missed now and counting.

So, brew made, in front of the television to learn that none of the players who missed the West Brom game were in the team. It was an unchanged starting eleven but we did have three changes on the bench with all of Will Norris, Richard Nartey and Joel Mumbongo giving way with both Dale Stephens and Chris Wood returning alongside 18-year-old Lewis Richardson.

Embed from Getty Images
Spurs included all of Gareth Bale, Harry Kane and Son Heung-min in their team and it was imperative that we didn’t let them get an early advantage in the way they’d done last season. With not much over a minute gone that idea was in tatters and it was all over as a contest on fifteen minutes with Spurs by then 2-0 in front.

There was not much more than a minute gone when Son played a ball in from the left which found Bale all on his own to turn the ball into the net. I wasn’t concerned; he had to be offside. He wasn’t, it was a fair goal, we were 1-0 down and facing an uphill battle.

Despite our efforts to get back into it we were soon picking the ball out of our own net again. This time Bale was the provided for Kane. His ball down the left hand side found the striker who saw his shot deflect of James Tarkowski.

We were actually offering more than in some recent games but with that scoreline we were forced to push forward. That left us open to the counter all the time and so it was no surprise when Lucas Moura fired home with just over half an hour gone.

Embed from Getty Images
We managed to keep it to three at half time but there really was nowhere for us to go in the second half other than hopefully keep the scored down. That hardly looked likely when Son again found Bale who this time hit a shot into the far corner from the right. That was four and I really did fear the worst.

Thankfully, that was it as far as goals were concerned but we were thankful to Nick Pope who made two outstanding saves to deny Kane a second and Son a goal at the same end as he scored that goal last season.

By this time we weren’t offering too much. Matěj Vydra did have a chance with a header that went over but we didn’t offer too much threat to the Spurs goal. Wood came on, then Stephens and with just over two minutes of normal time remaining it was time for Richardson who became the youngest Claret to play in the Premier League three weeks past his 18th birthday.

I was fortunate enough to be at Gawthorpe back in November 2018 when as a 15-year-old he scored five against Crewe in what was his first ever start for the under-18s and three months later I was back at the training ground when he came on as a half time substitute for the under-23s against Rochdale in the Lancashire Senior Cup. In a crazy game that we won 6-4, he scored with each of his first two touches and completed a hat trick before the final whistle.

Embed from Getty Images
He couldn’t get himself a goal yesterday but he did win us two corners and he did come home with Kane’s shirt to add to becoming the 87th player to play Premier League football for Burnley.

But it wasn’t our day yet again at Spurs. I could say that at least I wasn’t facing the long journey home but in all honesty I wish I had been. It really isn’t the same watching at home on television whether we play well or badly, whether we win, lose or draw.

Not too much damage has been done. Fulham and Newcastle could only draw while Brighton lost on the fun afternoon with Lee Mason at West Brom. We still have some points to win but we can’t afford for Fulham to get too much closer just yet.