Away we go to Leicester for season opener 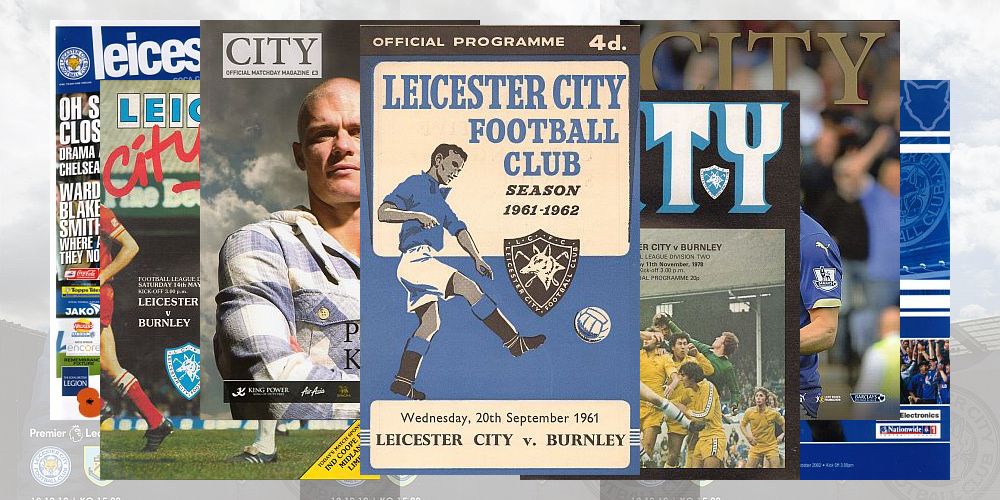 The start of this season has been a strange one so far. There are no fans, we had our first game postponed and today we travel to Leicester who, like most clubs, got underway last week.

It really is strange. We are already six points behind some teams in the league without having even kicked a ball in anger yet but that all changes tonight when the BBC turn up at the King Power as we finally get underway.

You would like to think that we are prepared for the new season. In terms of our fit players being ready, then I have no doubts. Although there probably hasn’t been a gaffer’s day this year, I can’t imagine that Sean Dyche hasn’t got his players prepared even in this shortened version of a pre-season.

The problem is the players, or lack of them. Things were desperate in terms of numbers when we finished last season. Not  for a minute did we expect things to be no better when we kicked off 2020/21. We probably expected both Ben Mee and Ashley Barnes to be available again and we surely expected new signings to have come in to replace both Jeff Hendrick and Aaron Lennon.

No so unfortunately. The national media are jumping on a reported stand off between chairman and manager and the simple fact is that, one third choice goalkeeper and a few under-23 players apart, we haven’t brought in any new players. Mee and Barnes are still unavailable as is Jack Cork and we can again add Jόhann Berg Guðmundsson to that list after he was stretchered off early in the League Cup win against Sheffield United.

Embed from Getty Images
Matěj Vydra scored our goal in the cup game. It took us into a penalty shoot out which we won 5-4 and he scored the second of the five. How things have changed for him since he came on at Southampton back in February and scored a superb winner. He might not be first choice but he’s certainly a player who has now given the manager the opportunity to use him more.

He was pleased with his goal against the Blades. “It’s good for me,” he said. “For the strikers, if you score in the first game of the season, even if it’s the Carabou Cup, it gives you more confidence. Even the penalties, it’s important to score for the strikers.”

One name I’ve not mentioned so far is that of James Tarkowski. His name has had more mentions than most of our players recently because of the amount of speculation about him potentially leaving us. His absence from the team last Thursday sparked some debate which hardly calmed down when the club reported a toe injury.

It will be telling today. Will he play and if not does he really have a toe injury? I think there will be some relief among our supporters if his name is on the team sheet, simply because he is a vital member of the team who will be missed. Jimmy Dunne did really well three days ago but we will be so much stronger should he be in today’s line up.

What will that team be? It might not automatically select itself but Dyche doesn’t have too much in the way of options although I do think that Phil Bardsley, Dwight McNeil and Chris Wood, all of whom were on the bench for the Sheffield United game, will play.

Leicester were the talk of the Premier League for a long time last season. They were second in the  table when we moved into 2020 and significantly had a fourteen point lead ahead of fifth place Manchester United. It seemed a Champions League place was assured.

They were still third and eight points clear when they beat Aston Villa 4-0 in March in what proved to the very last Premier League game played prior to the shutdown. It was only their second win from eight games after they’d won at Newcastle on New Year’s Day. Things weren’t much better after the restart with just two more wins in the nine games.

That run took them out of the top four, the almost assured Champions League place gone; they were four points behind both Manchester United and Chelsea when the season finally came to a close.

The summer hasn’t, as yet, seen too much transfer activity. They sold Ben Chilwell to Chelsea and replaced him with Belgian international Timothy Castagne (pictured below after scoring last week at West Brom) who was with Serie A side Atalanta. They went shopping in Italy again for their only other signing with Turkish midfielder Cengiz Ünder having joined on a season long loan from AS Roma just this morning.

Embed from Getty Images
Unlike us, they have no injury problems. Wes Morgan is now fit and Rodgers will have to decide whether to restore him to the team or stick with Wilfred Ndidi in a defensive role due  to the continued absence of Jonny Evans who will be serving the second of a three match ban. James Maddison is fit again; he was on the bench last week.

With their place in the Europa League assured, they weren’t involved in the League Cup this week which means their only game was last week’s comfortable 3-0 win at The Hawthorns against West Brom.

Our visit last season to the King Power Stadium brought an end to a four match unbeaten run but it really shouldn’t have done and we were denied a point because of an outrageous VAR decision from Andy Madley who will be on similar duty for this evening’s game.

With the score at 2-1 in Leicester’s favour, he ruled out what looked a perfect goal, albeit an own goal from Jonny Evans, coming to the conclusion that Chris Wood had trodden on him. It was a nonsense. Jon Moss, who admittedly was a long way away as you would expect, gave it.

Embed from Getty Images
Wood had scored midway through the first half to give us the lead with a good header from a Dwight McNeil cross. That should have seen us go in at half time in front but we conceded in the last minute of the half when he got above Ben Mee to head home. They’d never really been in the game.

There was just over a quarter of an our remaining when Youri Tielemans hammered home high into the net but the VAR decision cost us and there was real anger in the away end for the rest of the game and at the final whistle.