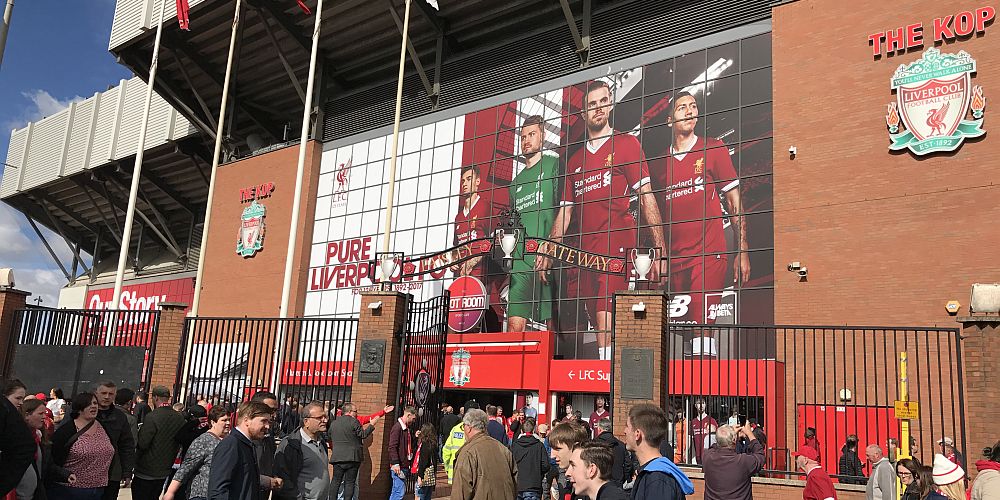 One year ago today, one of my big dreams came true when I finally saw us beat Manchester United at Old Trafford; last night I sat in front of my television and witnessed something special, a Burnley win against Liverpool at Anfield.

When this game was moved to the Thursday it sort of ended my anniversary celebration plans for the United win but let’s say here and now that there are no complaints for me having sat and witnessed one of those special nights watching the Clarets.

My first visit to Anfield was back in the 1960s and I was very definitely there on that September night in 1974 when Ian Brennan scored the goal that subjected Bob Paisley to his first ever home defeat as Liverpool manager. Four of us travelled together that night; one of the others is a message board regular while the other two, sadly, are no longer with us to celebrate just what happened last night.

We older fans do go on about these big occasions from the past. We had to for years because we needed something to cling on to during those dark times in the lower leagues. We really don’t need to now with that win at United since followed by victories at Arsenal, our first ever win at the Emirates, and now this incredible result in front of the empty Kop and the whinging Klopp.

Embed from Getty Images
Where do I start writing about a night when I’d have been delighted to have got a draw? Maybe early yesterday afternoon when I was part of a meeting with the FSA discussing VAR. “Could you keep the meeting going for ten hours,” I jokingly suggested, that meaning I wouldn’t have to watch us at Liverpool where we couldn’t be too confident given the performance at West Ham.

The meeting lasted just over an hour, as per the schedule, I then got previews written for the game and was ready, in front of my television, for the 8 p.m. kick off with the company of Graeme Souness, who was I once seen abusing on Match of the Day back in the 1980s, and Tom Heaton, one of the good guys who it is always a pleasure to be in the company of.

I have to say I was nonplussed with Jürgen Klopp having Roberto Firmino and Mohamed Salah on the bench but quite pleased to see no Jordan Henderson on the team sheet, a player who I think makes Liverpool tick.

I suspected Sean Dyche would stick with Chris Wood and Ashley Barnes up front but there were two changes with recalls for Charlie Taylor and Dwight McNeil down the left with both now recovered from injuries.

Embed from Getty Images
We started well. We didn’t threaten to take the game away from Liverpool or anything like that but we more than held our own for most of the first half. They had a couple of half chances that we dealt with. We, likewise, had a couple of opportunities but, overall, it never looked too likely in the first half that Liverpool might run away with things.

Then, not long before half time, we nearly and should have fallen behind. Ben Mee, who otherwise had a simply outstanding game, inexplicably tried to play the ball back to Nick Pope from not far short of the half way line. He got it wrong, horribly wrong, and did no more than play the ball into the path of Divock Origi who had a clear run on goal. Thankfully his shot hit the bar and we’d escaped.

The half wasn’t over. James Tarkowski, a colossus alongside Mee, was pushed over by the corner flag following a Burnley set piece. The assistant was right there, incredibly saw nothing and Liverpool broke to win a free kick on the edge of our box when Sadio Mané fooled referee Mike Dean. More on Dean in the second half, but for now it was in a dangerous position but Trent Alexander-Arnold, who looks a very ordinary player when up against McNeil, fired his shot somewhat closer the fanzone outside on Anfield Road than the goal.

Dean blew his half time whistle just as Fabinho and Ashley Barnes clashed. It ended with the Liverpool player getting a yellow card and the two managers having words. “Handbags,” said Barnes, no comment of any note from either manager.

Embed from Getty Images
Still, all square at half time was good news with potentially a tough second half to come, and a half that started with us quickly having to make a substitution when Taylor went down and had to be replaced by Erik Pieters.

Klopp was forced into bringing on Salah and Firmino. Salah twice forced Pope into saves, two good ones too, but it was more huff and puff from Liverpool and they were never able to put us under any sustained pressure. Generally we defended well. Pope continued to be excellent in everything he did but we were playing well.

Our second change saw Jόhann Berg Guðmundsson replace Robbie Brady and he was close to opening the scoring following a McNeil cross. We were not ready to accept a 0-0 draw, that was for certain although I recall the clock reaching 80 minutes and thinking to myself that I’d happily accept the final whistle and take what we had at the time. It would have been a mistake.

Joel Matip gave away a needless free kick on the left hand side, fouling McNeil who took the free kick himself. Mané chested it down just inside his own box rather than clear and left that job to Fabinho. That clearance was soon on its way back via a looping header from Matt Lowton and saw us win a penalty.

Embed from Getty Images
Huge credit here to the referee. Fabinho clearly fouled Barnes just outside the penalty box. Some referees would have blown but Dean always gives himself those few seconds to see if there is an advantage to be played. There was; Barnes stumbled but kept going and nicked the ball past Alisson who fouled him. It was a clear penalty and Dean duly pointed to the spot. There could have been no argument and any VAR check was quick. Barnes took it, scored and I suddenly became very nervous indeed.

We had some defending to do. Jamie Carragher on commentary by now sounded as if he was close to a breakdown. They sent the goalkeeper up for a couple of set pieces. We cleared one almost off the line when they benefited from a fortunate deflection and Pope came out right at the end of stoppage time to gather a ball safely. That in truth was about it but we played on and when Pope pushed a ball away, Guðmundsson hooked the ball out of the box with his left foot and Dean blew.

We’d won. We’d beaten Liverpool in their own back yard. We’d ended their run of 68 home league games without defeat. We were the only team to take a point there last season and now look what we’ve gone and done.

I’d like to say Liverpool and Klopp accepted defeat graciously; they didn’t. They did what they always did. They moaned and groaned and gave us no credit. Do we care Jürgen? No, just take a look at the result, that’s what matters.

What a shame the Burnley players at the end had to walk alone, something you apparently never do there. What a shame we couldn’t have been there to give them the reception they deserved. What a night, what a performance, so proud of everyone of them.

Yes, I just wish we could have all been there to see it.