Back on the road to Merseyside 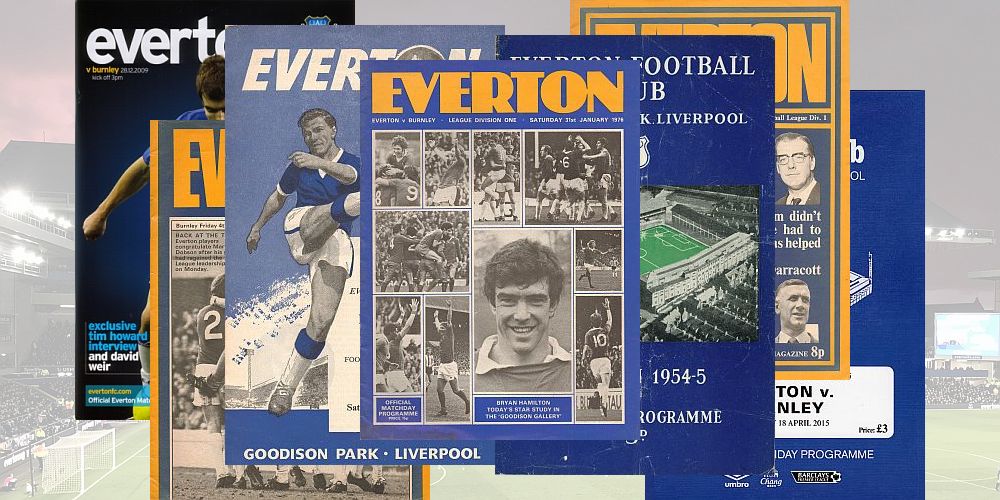 After two home draws against Leicester City and Arsenal it’s back on our travels today with the relatively short trip to Goodison Park and our away game against Everton.

Although those two draws were decent results, although we could have won both, it has seen us drop closer to the bottom three. We can forget Sheffield United, they are all but down, and I don’t think West Brom are going to get close to us either. However, Fulham are now just four points behind, as are Brighton who have a game in hand. Newcastle drew last night to move within two points.

The simple answer is that we still need points although I don’t think anyone ever thought 30 would be enough. I’ve thought for some time that 34 would probably be enough but that would mean Fulham only getting another seven so maybe it’s going to take a couple of points more. Either way, another couple of wins would see us edge very close at least to safety.

Six of our remaining games are away from home starting today and Goodison Park, with one exception, has not been the best of grounds for us in the Premier League. I was looking at the previous six results there, we’ve won one and lost five with only two goals scored. Sam Vokes netted from the penalty spot in a 3-1 defeat in 2016/17 and Jeff Hendrick finished off that brilliant move to give us a 1-0 win in the following season. It’s a pity that it’s not at home. We’ve beaten Everton, four times, more than any other club at Turf Moor in the Premier League.

Josh Brownhill was a Bristol City player last time we played at Goodison but he’s been back in the team recently after losing his place through injury. He was forced to come in and play on the right hand side but stepped into the middle alongside Ashley Westwood when Jack Cork was forced to miss the Arsenal game with an injury.

Embed from Getty Images
By the time he made his Premier League bow last season we were guaranteed safety but looking towards the forthcoming games he said. “A lot of the players have been in this situation before. We know what it takes. We’ve got a lot of experience in the team of this division.”

He added: “I’ve seen the quality we’ve got. We’ve had some really good and big wins this season at some tough places. The lads are still full of confidence and hopefully this weekend we can go and get the three points.”

With Cork still out, Brownhill will partner Westwood again in the centre of midfield today in a team that is likely to show just the one change from the one that started against Arsenal. That change is enforced with Charlie Taylor not making it which means Erik Pieters, who had an eventful time when he came on last week, playing on the left hand side of defence. The only other player out with injury is Ashley Barnes who hasn’t played since scoring our goal in the draw against Fulham.

Everton are enjoying a decent season, Carlo Ancelotti’s first as manager and go into the game in fifth place in the league although they can’t go any higher with a result today with Chelsea, who have just drawn at Leeds, in fourth place with four points more.

In a season when away wins have been easier to come by, Everton are testament to that. They’ve won nine times on the road and lost just three times, but at Goodison have recorded only five wins and six defeats. At home they’ve beaten West Brom, Brighton, Chelsea, Arsenal and Southampton but have lost against Manchester United, Leeds, West Ham, Newcastle, Fulham and Manchester City. The win against Southampton, their only home win since mid-December, was their most recent home game. They won it 1-0 with a goal scored by Richarlison who has scored six times this season but is a long way behind leading scorer Dominic Calvert-Lewin who has netted 13 Premier League goals.

Embed from Getty Images
Everton also have injury issues. Fabian Delph is out with a tendon issue and Jean-Philippe Gbamin is now in rehab as he recovers from an achilles injury. James Rodríguez has a minor injury that rules him out and yesterday they confirmed that Abdoulaye Doucouré will be out for eight to ten weeks with a small fracture.

The positive news from the treatment room is that both Yerry Mina and Séamus Coleman (pictured above) are back in training and in contention, Robin Olsen will be assessed and Gylfi Sigurdsson is a doubt with an ankle injury picked up in last week’s game at Chelsea.

Boxing Day 2019, one year after the 5-1 mauling they’d given us at the Turf but this time we went into the game on the back of successive 1-0 wins against Newcastle and Bournemouth.

Embed from Getty Images
That was until the 80th minute when Dwight McNeil gifted them the ball on the flank. From there they crossed it and that cross was met by Dominic Calvert-Lewin whose diving header hit the post and went right across the line before finding its way into the net at the other side.

Our only response was to introduce Kevin Long as a substitute up front but we didn’t threaten and lost the game 1-0 and we were only to lose twice more on the road all season.

« Youths cruise to win at Leeds
Burnley win at Everton »