Back to London for final time this season 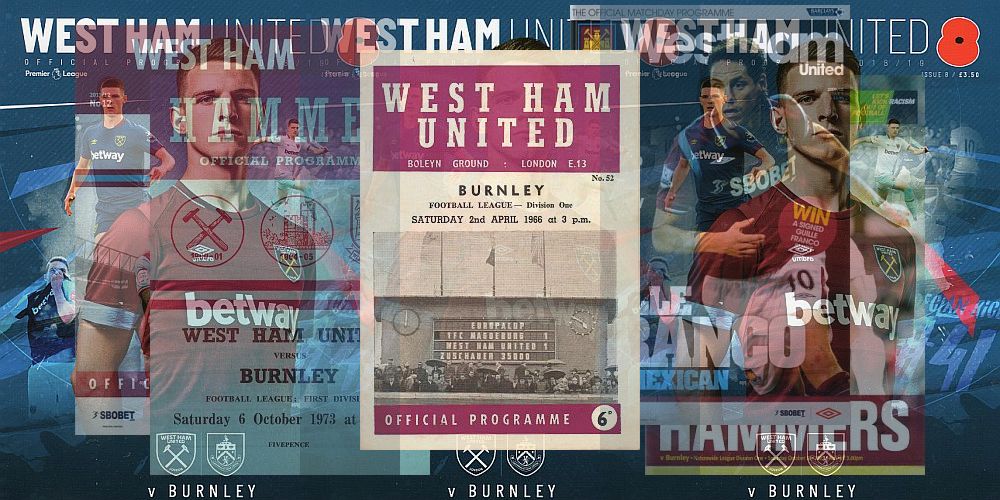 It’s just 16 days since we played Manchester City to restart our season and tonight we travel to West Ham United having already played further games against Watford, Crystal Palace and Sheffield United since.

That’s game number six tonight in just over two weeks and with our stretched squad so it really is some achievement to have picked up a further seven points from the four so far, more so given we kicked off with what has now become a very familiar looking Manchester City 5 Burnley 0.

For not too far short of eight years now, we’ve come to expect the same again notice when the team was announced but at the moment we are awaiting that team news with some trepidation given the number of players who are out of the reckoning for one reason or another.

Despite being short on numbers, despite hardly having too much in the way of experience on the bench to make changes, we turned in two outstanding first half performances in the wins against Watford and Crystal Palace, and with more players ruled out last Sunday we were within around a quarter of an hour from recording a third successive win until Sheffield United scored an 80th minute equaliser.

One player missing from the Manchester City game because of his contract situation was Phil Bardsley and thank goodness that was resolved. He sat on the bench for the Watford game but has been back in the team for the last two and will remain there for the rest of the season, injury permitting, given that Matt Lowton has now been ruled out for the season.

Embed from Getty Images
Bardsley said of signing his new deal: “It’s something I wanted to do. I wanted to remain at Burnley. It’s a club where I really enjoy playing football. I’ve enjoyed my three years and I’m looking forward to the fourth.

“The training is outstanding and the manager is excellent. He doesn’t complicate anything and he lets you go and play. The fans, the way the club is run, it’s a perfect set up. I should probably have gone there a little bit earlier, I’m enjoying my football than much.”

Looking at what’s just been and what’s to come, he added: “Obviously with the disappointment of losing players over the recent weeks through injury and other situations, a top ten finish would be outstanding. Especially from the restart from lockdown, nobody probably realised what situation they were going to be in regarding players.

“A top ten finish, a second in three years, would be nice and it would be nice to try and add onto that, Europe. Another trip abroad would be nice for us and hopefully, if the fans could get there, it would be another outstanding achievement and another great season.”

Bardsley and Lowton have been sharing the right back duties this season, as they have in previous seasons. Lowton, with 17, has currently played one more than Bardsley but that will change before the end of the season.

Lowton, of course, is not the only player out. He won’t play again this season and neither will Jack Cork. It’s also extremely unlikely that we’ll see Ben Mee or Ashley Barnes either so once again it is a depleted squad that has made the trip to the London Stadium.

Hopefully there will be no further injuries with Sean Dyche at least now able to include some of the players who had previously been out on loan. Josh Benson was on the bench for the Sheffield United game and there are others who could join him tonight.

West Ham come into the game having picked up four points from their last two games; they beat Chelsea last midweek and followed that up with a draw at Newcastle. They are by no means out of relegation trouble but they do now have a four point advantage over the bottom three and are also above Watford on goal difference. Given the struggles that both Aston Villa and Bournemouth are having in trying to pick up points (Aston Villa two points from five games and Bournemouth without a point from four games since the restart) they might not need to many more to ensure they keep their place in the league they rejoined in 2012.

Embed from Getty Images
The poor form in the first half of the season cost Manuel Pellegrini his job. David Moyes, as he’d done two years ago, has gone in to try and rescue the situation but it’s been a hard slog and the Chelsea win was only their third since he took over at the end of December. They’d previously beaten Bournemouth at home in a big 4-0 win on New Year’s Day and then a 3-1 home win against Southampton at the end of February, just one week before the shutdown.

Moyes won’t be able to call on Felipe Anderson or former Burnley target Robert Snodgrass. Anderson has a hamstring injury while a back problem is likely to keep Snodgrass out for the remainder of the season. He could be able to recall record signing Sebastien Haller (pictured above) who has been out with a hip injury.

LAST TIME WE  WERE THERE

This was another of those disastrous performances from the first half of last season. We went into the game having conceded nine goals in the previous two, losing 5-0 at Manchester City and then 4-0 at home against Chelsea, and we added a further four in this game although we did at least score twice.

It took Marko Arnautovic just ten minutes to give West Ham the lead and we could have easily fallen further behind during a poor first half when Joe Hart kept us in the game with some good saves. Amazingly, right on half time, Jόhann Berg Guðmundsson scored an equaliser and we thought things could improve in the second half.

Embed from Getty Images
They didn’t. Felipe Anderson restored the lead but then hopes were lifted when Chris Wood, on as a substitute, scored our second, his first of the season, to give us real hope of a point. We got to the 84th minute with the score, incredibly given the gulf between the two sides, level but it wasn’t to be, Anderson got his second with Javier Hernández scoring a stoppage time fourth for the home side.