Baldwin gets top job at Huddersfield

Former Burnley CEO Dave Baldwin has this week stepped up to become the new managing director of Huddersfield Town.

He’s been at the club since May as a strategic advisor supporting Dean Hoyle on two projects; the transfer of shares and the stadium ownership. Hoyle had stepped up again last year to provide financial support but having previously stepped down due to ill health, he’s realised that he must now listen to medical advice and step away totally. 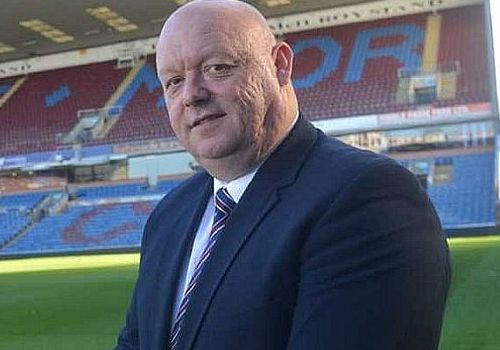 Hoyle said: “I genuinely thought, after a break of two years after my illness, I could return with the same energy and enthusiasm as when I first became chairman in 2008. It has become clear to me over the last twelve months that this is not the case. I’ve tried my best to front it up to both staff at the club and supporters, but now the time has arrived where I must listen to medical advice and take a total step back. My health comes first and foremost.”

He added: “Since the first day I walked into the club I have given everything to the cause. Again, over the last twelve months I really have tried my best, but my best isn’t always good enough. Hand on heart, I’ve given it my all. At no point in my fourteen years have I ever put my personal financial interests ahead of the best interests of the club.”

He’s turned to Baldwin who said on his appointment: “I appreciate Dean having the trust in me to protect the interests of the club as we enter an important period. Finding our next custodian is only just starting and identifying the right person will not be a quick process. We will follow this process through properly, and Dean will continue to fund this club until a new owner is found and in place. I will communicate any updates to supporters as we go and I look forward to meeting you all in due course.”

Dave joined Burnley in November 2014 but might have been with the club three years earlier when he was shortlisted for the chief executive role when Paul Fletcher left. Lee Hoos beat him to the role but he came in to support Lee with the club knowing that he would be stepping up at the end of that season with Hoos set to depart for QPR.

I met him by chance in his first week at the club and I have to say that his relationship with myself through both Up the Clarets and Burnley FC Supporters Groups was as good as its ever been for both organisations at Burnley Football Club although, as a Bradford City fan, he did constantly joke about getting amber alongside claret in our kit.

He left in March 2020, in the week the Premier League suspended its fixtures, to join the Football League which was a short lived experience. He did return to Burnley for a time on a consultancy basis but moved on with Huddersfield becoming his next destination.

I can only wish Dave the very best in his new role.