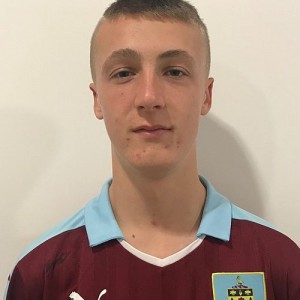 Back in October 2017, Burnley signed youngster Jordan Barnett from Penistone Church FC and he quickly made his debut for the youth team in a game against Bolton Wanderers.

Predominantly a left back, he was also adept playing further forward and seemed to have taken the step up well only for the club to release him at the end of the season. He quickly got fixed up with his home town club Barnsley and for the last two years has been a regular member of their under-23 side.

This pre-season he’s been training with Oldham Athletic and has impressed new manager Harry Kewell enough to win himself a short term contract until January and he’s joined Zak Dearnley in the Oldham squad, another player who is a product of the system at Penistone Church.

A delighted Barnett, who has already played in a number of friendlies for Oldham, said: “It feels brilliant to be here and everybody has made me feel welcome. I’m a left back or left winger mainly and like to attack I’ve had a good few weeks with the lads already and I’m now looking forward to helping the team at the start of the season.”