Joey Barton, Robbie Brady and Martin Paterson all featured for the Clarets in the Premier League and all three were in the news yesterday as one signed for a new club as a player, a second joined the coaching staff of another and a third was rewarded for his club’s success last season. 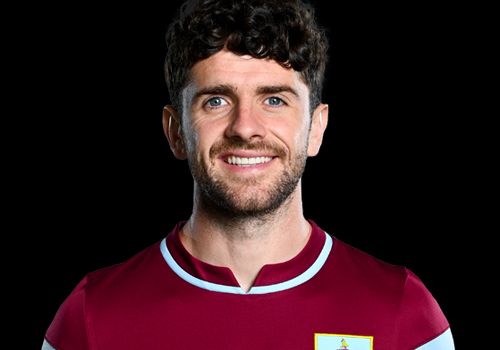 The player on the move was Robbie Brady. Having left Burnley last summer, he was out of the game until October due to injury. He then joined Bournemouth but again the injury problems hit. He played just six league games for them as his team returned to the Premier League.

During the second half of the season, when asked about Brady, Bournemouth boss Scott Parker admitted they’d had problems keeping him fit and at the time said: “We need to try and keep him fit, keep him ticking along, because he’s got big quality, big experience as well and he could help us for the run-in.”

Despite all the injuries, Parker was keen to keep him at Bournemouth for their Premier League return but a deal wasn’t struck and yesterday he signed for Preston where he’s been on trial. Manager Ryan Lowe was delighted with the capture of Brady and said: “You just have to look at his calibre. He’s a full blown international, he’s played at the top level and he’s been around the block, but still young at 30 years of age. He’s a fantastic player and a great lad. He was with us for a few days training and once we knew there was a deal to be done, we felt we’d get it over the line. He’s an unbelievable talent and we feel it’s a big acquisition to get someone who’s played in the Premier League for large parts of his career.”

Brady, who was recently seen with former Burnley team mates Ashley Barnes, George Boyd, Tom Heaton and Dean Marney at an Ed Sheeran concert, said on completing the move. “I’m delighted to get something done and I’m just excited and really looking forward to getting going and hitting the ground running. It’s been excellent coming into a good group.”

When Michael Duff moved to Barnsley as head coach recently, he said that he would be bringing in a new coach and hinted that it could be a former team mate. Wade Elliott, who worked with him at Cheltenham, looked favourite but was ruled out last week when he replaced Duff as head coach there.

I’m not sure many would have thought it could be Martin Paterson, but his position was confirmed yesterday with Pato, who will always be best remembered at Burnley for that goal at Reading, saying: “It’s great to team up with Michael Duff again. As soon as I got the call to join him, to come to such a good club like this, there was no hesitation. I just wanted to assist the gaffer, to support him and hopefully together we can all get this club back to where it ought to be.”

He added: “Obviously, I know the club very well, I played against Barnsley for many years and followed the progression over the last couple of years from the United States of America, where I worked. So, I’m delighted to be here and join Michael’s staff. I think he’s done fantastically well as a manager and he gave me a call and wanted me to join his staff and join such a good club, so there was no hesitation. I thought it was a great opportunity.”

Paterson, like Brady, struggled with injuries at Burnley. He opted to leave in the summer of 2013 and signed for Huddersfield, scoring twice against us for them at the Turf in a game we did win 3-2. They were two of just five goals he scored for the Terriers and he added just three more goals during short spells with Bristol City, Fleetwood, Blackpool and Port Vale before moving to America.

He’d already played for Orlando City between his spells at Fleetwood and Blackpool but played just once before the injuries hit again. He had a year with Tampa Bay Rowdies before ending his playing career in India with ATK, signed by Teddy Sheringham who was promptly sacked a few days later.

His coaching career took him back to America where he’s worked as assistant coach at Tampa Bay, Fort Lauderdale and more recently Inter Miami. He’s now decided to swap a life in Miami for Barnsley.

Back in February 2021, Joey Barton landed himself his second managerial post. He’d been out of work for just over a month having lost his job at Fleetwood but was taken on by Bristol Rovers but it’s fair to say that things didn’t start too well for our former midfielder. He was heavily critical of the previous two managers, Ben Garner and Paul Tisdale, which did him no favours as his team dropped into League Two, finishing bottom of the league. They’d won just eleven points in eighteen league games under his management. 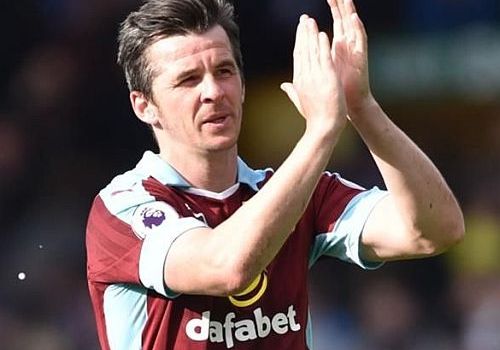 He wasn’t popular with the fans and things didn’t improve in the first half of last season. Expected to mount a promotion challenge, they hadn’t been out of the bottom half of the table going into December. Then it all changed. From their final 26 games, they won seventeen, drew six and lost just three with a sensational 7-0 win against already relegated Scunthorpe on the final day securing automatic promotion.

Joey was yesterday rewarded for that achievement with a new four year contract with his team back in League One. The club’s owner Wael Al-Qadi, said: “I am extremely pleased Joe has decided to continue to lead the club forward. I am really excited to see him building this squad of talented and committed players. I wish him all the very best and this new deal hopefully shows him just how important he is to my vision for Bristol Rovers Football Club.”

Joey had two spells with Burnley. He played in much of the 2015/16 season, starting every game having won his first start at Rotherham at the start of October. He left at the end of that season but returned in January 2017 to play fourteen Premier League games before the FA suspended him, thus ending his playing career.

He returned to the game after his suspension to manage Fleetwood before moving on to Bristol Rovers. He was moving into the final season as their manager under the terms of his previous contract but on yesterday’s news said: “I am delighted to sign a new deal at Bristol Rovers. The journey we have been on and the support I have received from the owner Wael Al-Qadi, the CEO Tom Gorringe and the relationship we’ve built with the Gasheads, these are all massive factors in me signing on for another four years.”