Central defender Jacob Bedeau has today joined League One club Morecambe on loan for the remainder of the 2021/22 season. 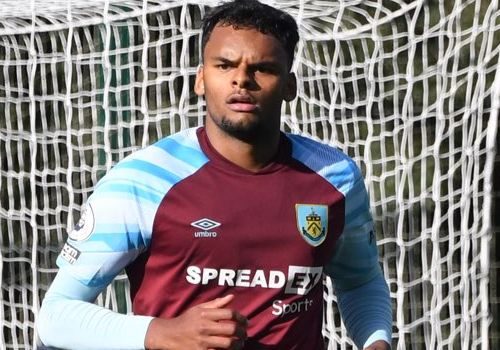 Bedeau joined the Clarets last summer from Scunthorpe for whom he played over fifty league and cup games go add to the seven games he played for Bury during the 2016/17 season.

He’s been part of our under-23 squad this season but now joins former Burnley player Ryan Cooney along with Adam Phillips, who is also at the Globe Arena on loan.

Shrimps boss Stephen Robinson, in confirming the deal, said: “Jacob was somebody that I tried to sign during the summer. He is a left sided centre half, he is quick, he adds pace to our back line, something that we perhaps have been missing so far this season.

“He certainly gives us more pace. He has played at League Two level with Scunthorpe United, it is not a young boy coming into the club who hasn’t played games. We believe he has shown a lot of quality at that level and we know that he can make the step up. He has done well at Burnley so far and now this is the next stage of his career.

“He brings a lot of things that we feel like we are missing, aggressive in the air and a comfortable player on the ball.”

Bedeau joins a Morecambe team who are currently in 19th place in the League One table, just one point above Fleetwood and Lincoln, the latter currently holding a relegation place. In their most recent game on Sunday, they trailed 3-0 at home against bottom club Doncaster at half time but stormed back in the second half to win 4-3.