It’s been just about the worst kept secret for some considerable time and today Burnley Football Club have confirmed the arrival of Craig Bellamy as Vincent Kompany’s assistant manager.

He’s had a difficult time in his coaching career to date. He left his coaching role at Cardiff to defend himself against a bullying claim and more recently, in September last year, left his role as assistant manager at Anderlecht due to mental health issues. 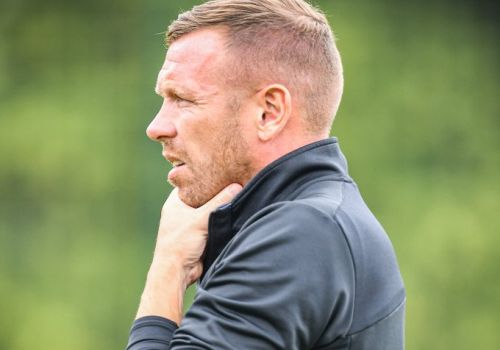 As a player, he had a distinguished career that saw him bow out in the Premier League in May 2014 when he lined up for Cardiff against Chelsea. It was his second spell at his home town club where in his first season he helped them to reach the Premier League for the first time. It was a playing career that saw him play for nine different clubs and that included both Liverpool, for whom he played on two occasions, and Manchester City. He also played for Blackburn during the 2005/06 season.

In a long, distinguished playing career, he played on 78 occasions for Wales, scoring 19 goals. In club football he scored close to 170 goals in just over 550 games. He only came up against Burnley five times in which he scored three times.

In our first ever Premier League season, he scored Manchester City’s third goal against us in the Etihad 3-3 draw and later in the season scored their second when they won 6-1 at the Turf on the day Vincent Kompany scored against us.

The other three appearances were all for Cardiff and all in games that ended 1-1. He played in both in the 2010/11 season, scoring a last minute equaliser on the final day of the season at the Turf. He was also in the Cardiff side that drew 1-1 at Burnley in April 2013 to clinch their promotion to the Premier League.

Having had a break, he’s now back with Vincent Kompany as part of the new backroom team at Burnley.

« Watford game to be televised
Waddle’s the man »