Benson wings in from Antwerp

Burnley’s latest signing is winger Manuel Benson from Royal Antwerp who has become the fourth player to join the Clarets this window from a Belgian club, following on from Samuel Bastien (Standard Liège), Josh Cullen (Anderlecht) and Vitinho (Cercle Brugge). 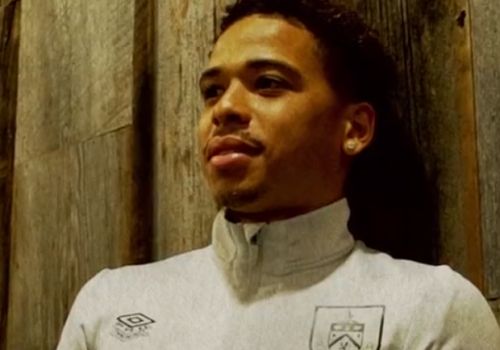 The 25-year-old Belgian signed for Antwerp in the summer of 2019 from Genk having previously played for Lierse. While at Genk, he spent time out on loan with Mouscron and also enjoyed a loan with Dutch club PEC Zwolle during the 2020/21 season, his second at Antwerp. It was the first time he’d played outside of his home country. Despite playing just thirteen times for them, he had four assists, the most of any player at the club that season. Reports suggest it was during his loan at Mouscron that he had a huge impact and that continued back at Genk and with Zwolle. It persuaded Antwerp to sign him three years ago.

Benson is predominantly a right winger with terrific pace, but also a player who likes to come inside on his left foot. It was a position I don’t think was considered a key to Vincent Kompany but he employed Dara Costelloe in that role at Huddersfield.

The new man’s father is Angolan but, to date, Benson has played his international football for Belgium, making two appearances at under-19 level and two more at under-21 level.

Speaking ahead of the move, Marco van Bommell, his manager at Royal Antwerp, said: “Benny did well and felt comfortable in our system. You sometimes have to stop a player who wants to leave at all costs, but in this case we have decided in consultation with Marc (Overmars, the director of football) not to do that. Why? Because there is a history attached to it. There were already talks about a transfer, we have taken that into account.”

He’s now joined Burnley on a four-year contract and we wish him the very best at Turf Moor and he said on completing his deal: “I’m very excited. It’s a new adventure for me and I have heard a lot of good things about this club. I can’t wait to start now and I’m looking forward to meeting my new teammates.”

Manager Vincent Kompany said of his tenth signing: “We’re delighted to welcome Manuel Benson to the squad. He’s a hard working player that will help improve our team as well as improve his own game in English football. He’s a one-v-one specialist who is a threat in the final third. I have no doubt that he will be giving his all for the club and for his teammates.”