Benson wings it in Reading win

There was over an hour gone in last Saturday’s 2-1 win against Reading when Vincent Kompany introduced Manuel Benson as a substitute but the winger had a massive influence on the game, scoring our equaliser and then setting up the winning goal for Anass Zaroury. 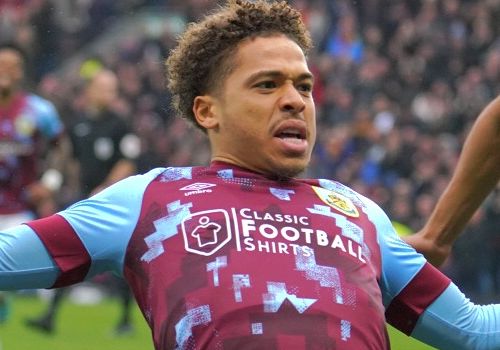 Benson’s half our or so was dynamic and it was no surprise that it won him both the man of the match award and the player ratings although he had some tough competition from Zaroury.

No one else was going to come close to the pair for the man of the match with Benson polling 48% of the vote to win and Zaroury claiming second place with a 36% share. Jordan Beyer, again in top form in defence, was third with 6% while Samuel Bastien, starting a league game for the first time in over two months, came fourth with 5% of the vote.

That result has given Benson the maximum ten points towards the Up the Clarets Player of the Year with Zaroury winning six points. There are four points for Beyer and one each for Bastien and Tella.

Jack Cork still leads the table by some distance but Tella is now just one point behind second place Josh Brownhill with both looking over their shoulders with Benson now just five points behind Tella.

Zaroury has moved up to sixth and his points in this game saw him win the player of the month for October, beating Cork, the September winner, by one point.