Jordan Beyer had probably his best performance to date in Burnley’s 3-1 home win against Middlesbrough on the weekend before Christmas.

It was a performance that won him both his first man of the match award and his first player ratings win as the Clarets came from behind to win the game comfortably. 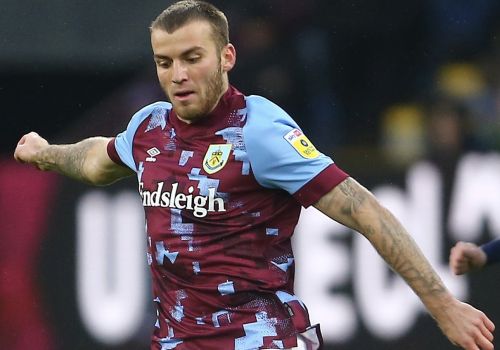 He was a convincing winner in both, winning 50% of the man of the match vote and that was some way ahead of two goal Manuel Benson who claimed a 37% share. That left very little for the remaining players but Josh Cullen and Ian Maatsen took the next two places with 4% and 3% of the vote respectively.

Beyer was way ahead of the rest in the player ratings too, scoring 8.62 out of ten, almost one more than Benson who was second with 7.67. Maatsen this time was third with a rating of 7.29 and Jack Cork took fourth place with 7.13 out of ten.

That result has given Beyer ten points towards the Up the Clarets Player of the Year with Benson picking up six points. There are also three points for Maatsen, two for Cullen and one point for Cork whose lead at the top of the table is now down to 24 points over Benson who himself has a 26-point lead over Anass Zaroury in third place.

You can still VOTE for your man of the match against Birmingham until the final whistle tomorrow at Stoke and we’ll have the Manchester United result tomorrow. The Middlesbrough result and the current player of the year table are below.