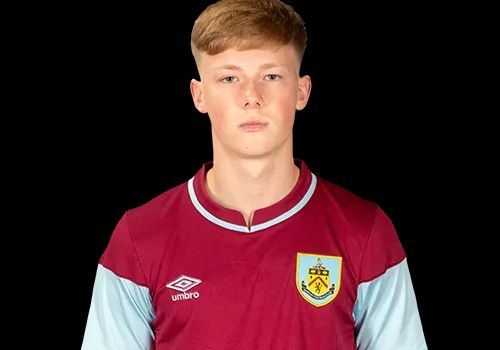 The youth team fell to a 4-1 defeat at Middlesbrough this afternoon with just two home games remaining to end our first season in the U18 Premier League.

It was a difficult afternoon for the young Clarets who fell behind in just the 14th minute when Pharrell Willis opened the scoring for the home  side and despite applying some pressure we couldn’t find an equaliser with matters made worse right on half time when Fenton John netted a second for Middlesbrough.

We settled down early in the second half and but just past the hour any hopes of a comeback were scuppered when Middlesbrough added two more goals in two minutes. Max Howells scored the first of them before immediately being substitute and replaced by Nathan Simpson who scored within a minute of coming on.

In the first minute of stoppage time we did score a consolation goal. George Walters (pictured), who had come on as a substitute for Ruairi Behan with 18 minutes remaining, turned in a ball from Sam Unwin for his first goal of the season.