Blades here as we look for our final points of 2020 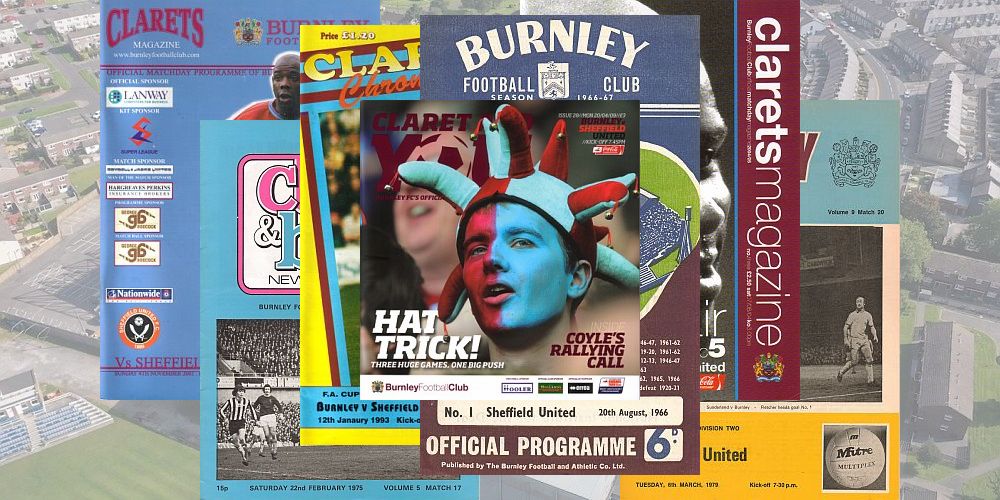 It’s been the strangest of years that we couldn’t possibly have envisaged when we first stepped into 2020, but it is coming to an end and this evening, with Amazon Prime delivering the pictures, we take on bottom of the league Sheffield United for what will be our final game of the calendar year.

I’d like to be reporting that we will go into the game on the back of a five game unbeaten run, but, sadly, we couldn’t avoid defeat at Leeds two days ago although I’m not totally sure how although one man from the Wirral did go a long way to ensuring we came home with nothing.

There was plenty to admire in the performance, none more so  the way we dominated the second half. It just needed one piece of excellence or one bit of luck and we might well have been coming home with all three points.

That’s gone now, parked as Sean Dyche would say, and we move on to tonight’s game as we look to continue our move away from the bottom of the league although, as expected, we still have injury problems.

Embed from Getty Images
It was good to see Dale Stephens involved again at Leeds and he looked good in the few minutes he had on the pitch, but much I think will rest with the two wide men who missed out, Robbie Brady and Dwight McNeil. Given his injuries over the last three years we’ve become accustomed to Brady not being available but a Burnley line up without McNeil is a strange sight now.

We don’t know but the manager has hinted that both could be available tonight and even with no further injuries reported that could be a big boost for us. Given Dyche’s words I would be very surprised if they are not at the very least on the bench although hopefully both will start.

Just a year ago, Sheffield United went into 2020 in eighth place in the table and by the time we locked down in March they’d moved up a place to seventh with a very impressive 43 points and still with ten games to play. It’s not been quite so good since. They won eleven points from ten games in Project Restart and ended the season in ninth place, one place above us and due to a better goal difference.

That was a good return for a first season back in the Premier League but the truth is that it’s not gone quite as well this season. Having lost their first four games, they did pick up a point in a 1-1 home draw against Fulham and since they’ve doubled that total with the same scoreline in their most recent away game at Brighton.

Two points from fifteen games is bound to leave you at the bottom of the league and they are already eleven points away from us and Brighton which is the current safety position. Like us, it’s the goals scored column that has left them struggling. They can match our total of eight Premier League goals this season which really isn’t good enough for either of us.

They don’t get beaten heavily very often at all. They lost 2-0 at home in their opening game but that was a struggle after Wolves scored twice in the first six minutes. The only other occasions when they have been beaten by more than one goal were at Chelsea where they were beaten 4-1 and at Southampton when the home side beat them 3-0.

Embed from Getty Images
They have their injury problems too. Sander Berge will miss tonight’s game as will Lys Mousset who has a toe injury. He’s missed most of the season but has been back for their most recent games but Chris Wilder has suggested the toe injury could now keep him out until March. There is also a doubt about David McGoldrick while both Oliver Burke (pictured) and Oli McBurnie are being assessed with back and shoulder injuries respectively.

Sheffield United were the first team we played this season, that again at the Turf in the League Cup, a game we won on penalties after a 1-1 draw, but the last time they played here in the league was during Project Restart in July and that too ended all square at 1-1.

We went into the game on the back of 1-0 wins against Watford at home and at Crystal Palace and were within ten minutes of making it three out of three.

This evening’s game will be played after a wintry day with snow all around the area; this one, despite being in July was played on one of those horrible Turf Moor days when the wind plays a part.

Embed from Getty Images
The big blow for Burnley was the expected absence of Jack Cork which was doubly worse with Ben Mee also ruled out. We are still to see Corky again although we do, thankfully, have Ben back in the first team.

We just about had the better of things in the first half and went in front when James Tarkowski  got there first to slide home after Jay Rodriguez had headed a Dwight McNeil free kick across the box.

Then, when a win looked likely, they got a corner on the right. Billy Sharp got to it and found John Egan who scored for the Blades to give them a point.