Brian Laws became the first Burnley manager since Tommy Cavanagh to be in charge at Turf Moor for less than a year when he was sacked just days before the end of 2010 after what had been a difficult time in charge. 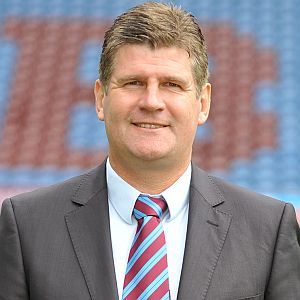 We have to go back to the very beginning of his time as Burnley boss and how difficult it was for him right from day one. With Owen Coyle gone, Steve Davis was placed in temporary charge. The first game under Davis should have been at home against Stoke but that was postponed which was the cue for Davis, goalkeeping coach Phil Hughes and chief scout Cliff Roberts to all announce their departures despite strong rumours coming out of Turf Moor that Davis could be given the job until the end of the season. We rushed to place Martin Dobson in temporary charge and then Coyle was officially appointed as Bolton manager on 8th January; five days later Burnley confirmed Law as our new manager.

At the time, depending on how you look at things, depending on whether you glass is half full or half empty, we were enjoying our first Premier League season and were in 14th place or we were just three points above the drop zone with Bolton having three games in hand and we’d also gone nine games without a win since beating Hull 2-0 at home in October. My thoughts then were that it would be very difficult for us to stay up but certainly our best chance was probably lost when we were forced into a change of manager. Coyle maybe had a chance of doing it; I don’t think any replacement really had that opportunity.

Laws arrived without anything like the support he might have wished for. He’d not long previously been sacked by struggling Sheffield Wednesday and the appointment was considered by many Burnley supporters to be a cheap option. I have to admit to having been surprised at the choice although as other, more experienced candidates, dropped out I’m not sure who I’d have gone for. It was Laws though, a returning Claret from the early 80s and he’d been a very popular player during his time at Burnley, and that popularity was boosted further by the fact that he’d left under John Bond’s management.

He received a brilliant reception at Old Trafford as he got the toughest of baptisms against Manchester United in his first game. There were banners and chants proclaiming “Brian Laws’ Claret and Blue Army” as you would expect. We lost the game 3-0 and then he faced Coyle’s Bolton in his next league game, losing this one 1-0 having lost the midfield to injury in the first quarter of an hour. After a home defeat to Chelsea, Laws finally got his first win, a somewhat fortunate one, against West Ham and things weren’t looking too bad.

Then came a shocker of a run when his stock fell. Maybe the support had been building for him slightly but it plummeted as none of the next nine games were won. We were unfortunate in some of them, none more so than the 1-0 defeat at Wigan and the way we were cheated by Blackburn. Alongside that though, we lost vital home games against both Portsmouth and Wolves. Then came the mother of all calamities with the 6-1 home defeat against Manchester City. We were 3-0 down before we’d got our seats warm and then there was ‘McDonald Gate’ to add to all that.

Two wins in the last five games, including our only away win in the Premier League at Hull, persuaded the board to continue with him and there was some evidence that the fans might give him a chance as the 2010/11 season got underway in the Championship. It all started reasonably enough, but there were problems ahead. We couldn’t win away from home although we weren’t losing them too often. At one stage we drew five successive away league games and that was just about good enough to keep us in the play off positions because of a fantastic start, results wise, at home. Strangely, at times, the performances were much better on the road than the results suggested. So often the luck deserted us but there again we were often on the better side of good fortune in home games to balance things out.

There were no real complaints about draws at such as Ipswich and QPR but it was the draws at Sheffield United and Norwich that put him under the most pressure with us surrendering two goal leads and conceding the last goals in the last minute of stoppage time in both games. Add that to the defeats at Reading (2009/10 FA Cup), Wigan in the Premier League and the Championship game at Middlesbrough and we’d conceded late, late goals on five separate occasions on the road.

The pressure was building and it was highlighted again when McDonald went to Scunthorpe on loan, bringing back to the forefront his antics at that Manchester City game. There had been rumours of such as Steven Caldwell and Robbie Blake having problems with Laws during the Premier League season and then of course there was the much publicised outburst from Joey Guðjónsson.

Rumours never went away that the manager didn’t have the support of the dressing room but Laws was always quick to confirm there were no problems and there was a fantastic team spirit. He told the shareholders just that at the club’s AGM in December 2010 during an attack on the Lancashire Telegraph when he looked very agitated. The cracks were really beginning to show. It came just two days after the home defeat against Leeds with speculation mounting that he could be on his way. We’d stopped drawing games by then and were in a run of winning one and losing one, but without a perfect home record we were going to slide because of our inability to win away from home.

That Leeds defeat was followed by the most remarkable of victories against all the odds at Barnsley. It was our first win there in almost 79 years and we don’t win very often on Boxing Day either. It was a real home banker. Laws had never suffered too much from the Burnley crowd during games. The chanting of his name had stopped but overall, certainly away from home, there was little audible criticism. There had been some in the previous away game at Coventry but at Barnsley it was awful. It was a reminder of that shocking day at Norwich in 2006 when the home fans turned horribly on Nigel Worthington. It was something I never wanted to hear from Burnley fans but here I was sat right in the middle of it. Needless to say, it all came at 1-0 down and, although it might not have been forgotten, it had certainly died down completely once we’d gone 2-1 up. The stay of execution wasn’t to last long.

Two days later came the home game against Scunthorpe. If I was to compare it with one game under each of the previous managers it would be Hull at home in November 2007 and Blackpool away on New Year’s Day 2008 for Steve Cotterill and Coyle. The Blackpool game was very early in Coyle’s time at Burnley and was, very much, a one off, but the Hull game proved to be Cotterill’s last as Burnley manager. Those two games were shockers and so was this Scunthorpe game.

You sensed the writing just had to be on the wall and it didn’t take long. The axe fell the following afternoon. Laws had been sacked just two weeks short of a year into his contract. It was inevitable; his position had become untenable. It is fair to say that some never really gave him a chance but in truth he never really showed anything that would get the fans on side.

On the few occasions I was in his company I found Brian Laws to be a very decent man and there is no doubt at all that he cares passionately about Burnley Football Club. I recall having a meeting with him on the Monday after relegation had been confirmed a day earlier with the defeat against Liverpool. It was so obvious just how much it meant to him, but he was at Turf Moor to manage the team and get results and that didn’t happen anything like often enough, not even after relegation. Of 40 league games in charge he won only 11 and in the days of three points for a win only John Benson has a worse return in terms of points per game.

In the end he wasn’t the right appointment in January 2010. As someone said just before he left, “It just isn’t working.” It didn’t work for Burnley and it didn’t work for Laws. It wasn’t right and it was the correct decision to end his time as Burnley manager. Prior to Sheffield Wednesday, Laws had managed Grimsby which was followed by two spells with Scunthorpe. He returned to Scunthorpe as manager in October 2012 and was there for thirteen months. He hasn’t managed since and is unlikely to following a serious health scare in 2016.

No manager will ever be perfect and no manager will ever spend time at a club and get everything wrong. I don’t think you will find a solitary Burnley fan who thought it went well when he was our manager but a couple of positives were that he was the Burnley manager who signed Dean Marney and who gave Jay Rodriguez the opportunity to become a first team player.