Burnley bounce back against boinging Baggies 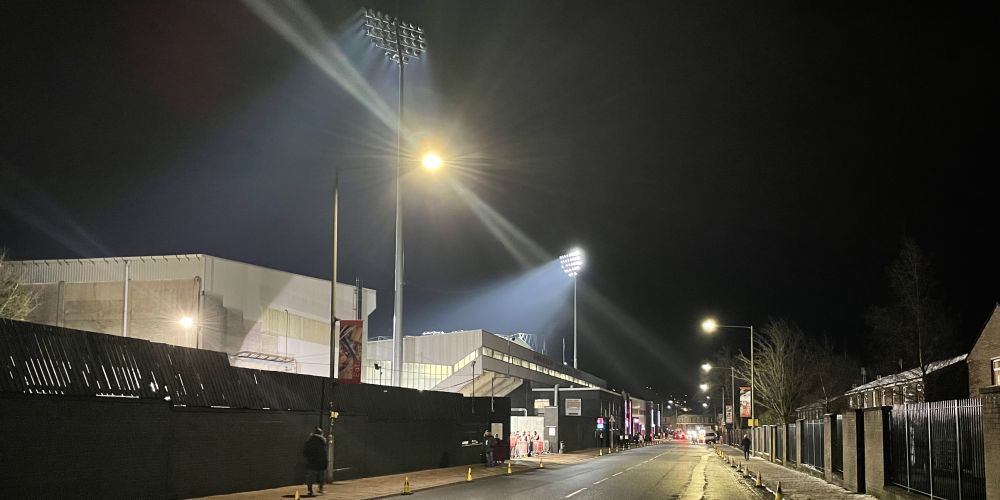 Scott Twine finally arrived as a Burnley player last night, scoring the winning goal for the Clarets in a 2-1 win against West Bromwich Albion after coming on as a substitute just a few minutes earlier.

It completed our recovery from a difficult start, a start that saw West Brom take an early lead, and left the home fans celebrating an eighth successive victory, and be in no doubt, a victory that was fully deserved despite it coming through two goals in the final quarter of an hour with Nathan Tella scoring the equaliser.

We all knew this was going to be a tough game and a lot of the pre-match talk with us centred around whether we would be happy with a point. Yes, generally, was the verdict. Despite wanting to continue the winning run, our visitors were the team that needed the win most to try and get closer to the top two and to try and ensure they, at least, remain in the top six.

On what was a bitterly cold night, we made our way into the ground having heard that manager Vincent Kompany had made three changes from the team that had beaten Coventry last week. I sort of half expected the two unforced changes that saw Tella and Ashley Barnes replace Manuel Benson and Jay Rodriguez. We knew that Jack Cork would have to sit this one out, as he will at Norwich, but it was a big surprise to see Samuel Bastien step in but this, I would assume, down to Jóhann Berg Guðmundsson missing out with an injury.

Embed from Getty Images
We knew this could be our toughest test yet; Vincent Kompany had even dared suggest we would not be favourites. We were facing a team in just about as much good form as us but the reverse of that was they were facing a similarly tough task.

That tough task was made a little easier for them when they took the lead in only the seventh minute. They’d just caused is problems from a right-wing corner which led to another and this time, Darnell Furlong had the simplest tasks of heading home. Yes, he did push Charlie Taylor, but I doubt very much that we’d have been very happy had we scored in such circumstances and had it ruled out.

It must have been a big lift for the Baggies to get in front so early and they were the better side, that was for the first quarter of an hour or so. Then, to all intents and purposes we took over. Until that point, I had been worried that they might get a second but they hardly threatened much after 8:15 and much of the remainder of the first half was us trying to get an equaliser, twice being denied by the woodwork, having a goal disallowed for offside and making numerous claims for penalties, none of which were given.

Twice in under a minute, firstly for a foul on Barnes and then on Josh Brownhill. The Barnes one, for me, isn’t a penalty. I’ve seen them given but I really don’t think it was. Furlong’s push on Brownhill is a penalty all day long for me.

Embed from Getty Images
A piece of superb play from Barnes led to former Claret Erik Pieters being denied a goal when he hit his own post trying to clear the danger. Barnes hit the bar with a shot and the same player did score but saw the flag go up for offside. I’m far from sure on this one and for the life of me I fail to understand how the assistant referee can be to actually flag.

By now we were very much on top and just before half time came one more shout for a penalty. This one should, in the end, have been given. Tella went down and referee Jarred Gillett gave nothing, I repeat nothing. As play went on, with the ball still in play, West Brom’s Jayson Molumby came from some distance to push Tella to the ground. Why on earth no penalty was given now, only the inept Gillett will know. It meant our final chance of a first half equaliser had gone and we went in 1-0 down but on the balance of play we could count ourselves unfortunate not to be level.

If we’d turned things round in our favour during the first half, better was to come after the break even though we had such a long wait until we got our reward. At times it looked like one way traffic while always having that concern that we really couldn’t afford to concede again.

Anass Zaroury was beginning to torment them down our left but it wasn’t just him, we were attacking them from all quarters. There was a half-hearted shout for a penalty, this one for handball, but it was mainly from the fans in the Jimmy Mac lower. Both Charlie Taylor and Brownhill had goal bound efforts blocked. You just felt a goal had to come.

Embed from Getty Images
Just past the hour, we brought on Rodriguez and Benson for Barnes and Bastien. I thought Barnes was unfortunate to be brought off but the man on the touchline knows what he’s doing and Jay Rod proved to be really influential.

But when the goal came, it was from a West Brom goal kick. We won the ball around the half way line via a Brownhill header which found Zaroury. His right foot pass through for Tella was sumptuous; It could not have been better. Tella got behind Pieters although his first touch took him a little wider than he might have hoped. It mattered not, he placed a perfect shot past goalkeeper Alex Palmer and into the far corner of the net.

I’ll be honest, I’d have settled for that, but we pushed hard for a winner. With about seven minutes remaining we made a third change; this time Twine came on for goalscorer Tella. He’s had such a bad time at Burnley since arriving in the summer but this was to be his moment, his time.

He’d touched the ball once, making a simple, accurate pass, when we won a free kick right on the edge of their penalty box. I still think it’s inside the box and should have been a penalty when Josh Cullen was caught, but a free kick was given.

Embed from Getty Images
We all know about Twine’s expertise at free kicks; his only previous one in Burnley colours was at Huddersfield back in July when he hit the post but he scored quite a few last season in League One. Nothing was in his favour here though. He’d just had that one touch in the game and surely it was too close for him to be able to get it over the wall and then drop. Not on your life, it was sensational as he swept it right into the corner for as good a free kick goal as you are likely to see.

He was at the corner flag celebrating in no time but his team mates were soon with him as the whole ground erupted. That goal, that wonderful free kick, had turned the game our way and we weren’t going to let it go.

We comfortably got through almost to the end of five minutes of stoppage time when in one last burst, West Brom got the ball forward. Ian Maatsen took a booking but it allowed them to get one last ball into our box with seconds remaining. Jay Rod was the player who got his head to it and as it came out of the box, I thought that was it. Zaroury punted it up the pitch and before anyone could do anything about it, the full time whistle was blown.

Everyone went to Twine. Even Taylor Harwood-Bellis, wearing a protective boot on his right foot, ran across the pitch to celebrate with him. The whole place was rocking, we’d beaten one of the best sides in the league and deservedly so.

Embed from Getty Images
Often, after a win, the opposition manager will come up with a string of excuses, we only need to look back last week to Mark Robins. How refreshing it was to hear Baggies’ boss Carlos Corberán say after the game: “I think we were beaten by the better team. They’re top of the table because they deserve to be.”

This was the game that was always going to test our credentials and we came through it with flying colours. Blackburn apart, and for the obvious reasons, I don’t think I’ve been as elated at a performance all season and, like everyone else, I was thrilled for Scotty Twine Twine Twine.

Embed from Getty Images
Last week the manager talked about his dislike of the word complacency. He’s right, we shouldn’t be complacent. We should have our feet on the ground. I hope he and the players do so but I have to admit that keeping my feet on the ground right now is not proving the simplest of tasks. Having said that, we’ve achieved absolutely nothing yet but 62 points from 28 games is beyond anyone’s hopes, surely. Eight wins on the spin too, fourteen wins from the last sixteen games.

We’ve still a lot of difficult games to come and we will slip up in some of them but we are fast reaching the point when we’ll need no more than relegation form to go up.  So, with my feet just about on the ground, I’ll just keep on enjoying it.