Burnley fans will always have a special place in my heart

It’s almost ten years since Robbie Blake last pulled on a Burnley shirt, coming on as a substitute for David Nugent against Tottenham Hotspur in the final game of the 2009/10 season, our first season in the Premier League.

He’d been offered a new deal but, at the age of 34, he opted for a move to Bolton which allowed him to remain in the Premier League although, he couldn’t have known at the time, he’d already made the final league start of his career when lining up for Burnley in the best forgotten home game against Manchester City during the previous month. 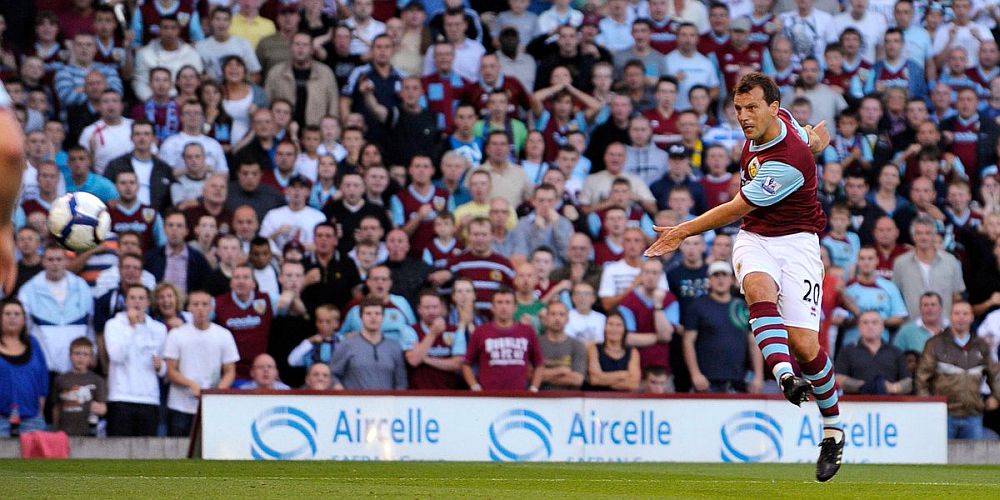 His departure from Burnley for a second time is largely forgotten now and the mere mention of his name brings out floods of love and appreciation for the little magician who treated us to six years of his career in two spells. It’s a two way thing too with Blake this week telling the Chichester Observer of his feeling for our club and, in particular, that incredible moment when he scored our first ever Premier League goal.

The interview with Blake starts with a re-run of the commentary for the goal which came from Sky’s Martin Tyler; “Danger not past yet, back with Stephen Jordan for Burnley, Paterson coming in, and it drops for Blake. Top class – Premier League class – Robbie Blake.”

“It was monumental really because people would have thought Burnley going up would mean they would struggle and hardly win a game,” Robbie told the reporter. “It has to be up there as one of my personal highlights in my career, it doesn’t get bigger than scoring a goal against a team like Manchester United.

“One thing you can say about it is that it’ll always be in the history books and for that reason it has to be the highlight of my career.” He added: “You couldn’t write the script. Football throws up some crazy scenarios and situations and this was one of those moments, it was incredible. If you said to anybody in the team that our first goal and win would be against them, no one could have guessed it.”

Robbie, by then, was in his second spell as a Burnley player. Stan Ternent signed him from Bradford City in January 2002 only for him to be unable to play much of a part in what was hoped would be a promotion due to injury. Having started the next season in divers boots, he soon started to show his full value and it was a blow when, after three years, he was sold to Birmingham to bring in much needed finance.

Steve Cotterill was the manager by then and he’d lost the one player he was desperate to keep. Two and a half year later he brought him back and Robbie remained for a further three years until making the move to Bolton.

No mention of him would be complete without a mention of that Premier League goal, the last time he scored at Turf Moor, but you could list a catalogue of great goals and performances with probably his best game coming in the League Cup semi-final against Spurs when he was just magnificent.

Did he enjoy playing for us as much as we enjoyed watching him? “I enjoyed playing for every team I was a part of,” he said before admitting that one of those teams had a special place in his heart: He said: “I think my most enjoyable time has been at Burnley. I just clicked there and had the most brilliant affiliation with the supporters, they loved me and I loved them. They were also a great club to play for and I enjoyed going there every day and playing down at Turf Moor.”

He also admitted that the fans gave him more leeway than perhaps afforded to some of his team mates. He said: “If I didn’t play well for a couple of games, I feel like because I was so well liked and loved I guess you could say I kind of got away with it where as some of the other players wouldn’t.

“It was a big help knowing that I didn’t exactly have so much pressure on me to have my best game every week. I think for anybody going forward who is loved by the supporters or the club, if you’ve got that little bit of leverage it does stand in your favour.”

“We’ve got Robbie Blake,” the Burnley fans would sing. I think we were privileged to be able to sing that during two spells for a player who entertained us so much whether he played in football or divers boots.

« My mate – could he have a trial?
Safe standing on its way to the Premier League »