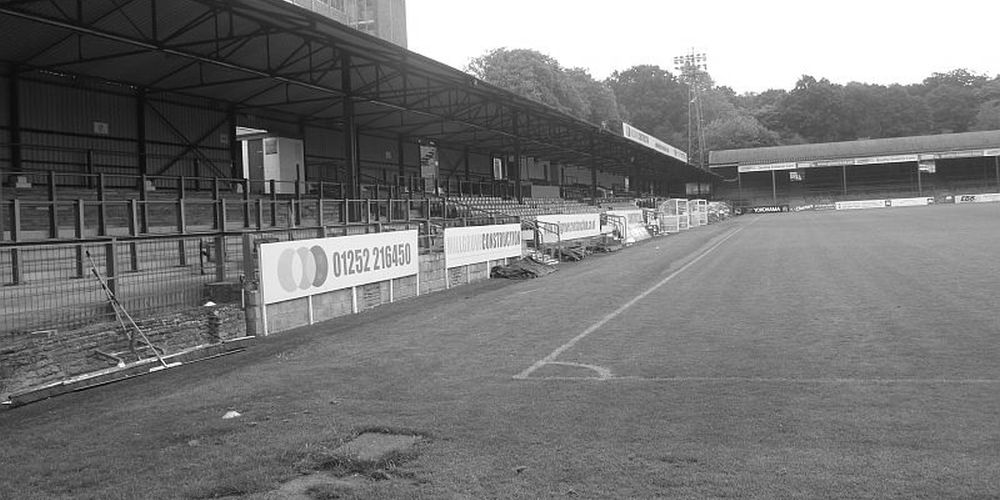 Speculation had been increasing that Aldershot Football Club could be the first Football League club to close its doors since Accrington Stanley in March 1962.

Almost exactly thirty years after Accrington had finished mid-season, Aldershot went into liquidation on this day in 1992. They would not be playing any more games and their record was to be expunged.

Thirty years after Accrington’s demise, Football League spokesman Ian Cotton said: “We hope that it is another thirty years before we lose a club in the middle of a season.” He added: “We don’t have a pool of money to bail clubs out with, if we did we would have saved Aldershot. Football clubs are not immune from the financial pressures of a recession but the people of Aldershot will soon realise what they have lost.”

Aldershot were bottom of the league and some distance behind next to bottom Doncaster. They’d lost their last eight games, the last of which had come at Cardiff on Friday, 20th March. Their final point had come in a 0-0 home draw against Gillingham in February with their last win in December when they won 2-1 at Maidstone.

With their record expunged, what did it mean for Burnley? Supporters had been concerned that this could happen given we’d beaten them twice, 2-0 at home and 2-1 at Aldershot, and that meant we lost six points when the table was recalculated. It also meant that Mike Conroy, John Francis, Steve Harper and Graham Lancashire all had a goal wiped out.

However, we went back to the top of the league in the new table. The top five had all beaten them twice but it was Blackpool’s record against them that proved significant. They’d sat above us on goals scored but as our goal difference reduced by three, theirs went down by four and we now sat above them on goal difference and from one game fewer.

It really was tight at the top with Rochdale in fifth place just six points behind us.