Cannon and Small win points for Everton in youth league 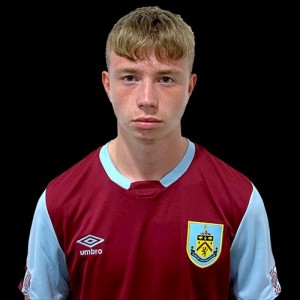 Burnley have been beaten 3-2 today by Everton in the U18 Premier League in a game where we looked the more likely winners until a game changing red card midway through the second half.

We led 1-0 with a goal from Sam Unwin (pictured) who scored from close range just before the half hour and that lead was doubled early in the second half when Joe McGlynn scored with a shot from around fifteen yards.

But the game changed when Matthew Connolly was shown a red card, the second Burnley player to be sent off in successive games and were left to play the final quarter of the game with ten players. We survived until around twenty minutes from the end when Everton pulled one back through a Tommy Cannon penalty but we still looked likely winners with just a few minutes remaining. Then Thierry Small equalised for Everton before getting his second in stoppage time to win it for the visitors.

« It’s always helpful to get that first win under your belt
A very different game at St. James’ Park »