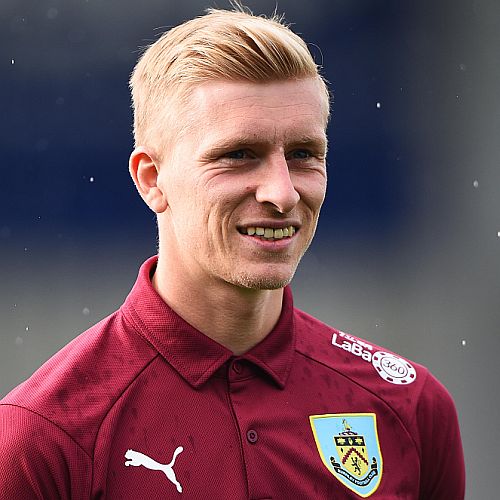 Captain Ben Mee turned in an outstanding defensive performance in last Monday’s 1-0 win at Crystal Palace and took time out to score the only goal of the game to give us a second successive 1-0 win having beaten Watford four days earlier at home.

He polled 65% of the man of the match vote with only Josh Brownhill, picking up his first player of the year points since signing from Bristol City, making double figures from the rest of the team. Brownhill’s share to take second place was 14% while 9% won third place for Dwight McNeil with James Tarkowski claiming fourth place with a 3% share.

Those same four players were also the top four in the player ratings. Again Mee was the winner with a rating of 9.33 out of 10. That’s a score beaten only once previously this season and that was by the same player in the 2-0 win at Manchester United in January. McNeil was second in the ratings with 8.73 with Tarkowski in third place with 8.69.Brownhill won fourth place with a rating of 8.58 out of 10.

The result has given Mee the maximum ten points towards the Up the Clarets Player of the Year with five points for McNeil, four for Brownhill and Tarkowski winning three points. That has, at least, reduced Tarkowski’s lead at the top of the table to 47 points ahead of Mee with six games remaining. He’s also won the first ever June Player of the Month with one point more than McNeil and two points ahead of Mee. It is the fourth time he’s been player of the month this season.

This brings is up to date with the Sheffield United vote to get underway after the game this Sunday. The Palace result, the June player of the month result and the current player of the year table are all below.

UP THE CLARETS JUNE PLAYER OF THE MONTH

« Dyche set for selection boost
Ton up on the road »