Former Claret Richard Chaplow was, yesterday, appointed as the new head coach of Orange County SC, the club where he ended his playing career. 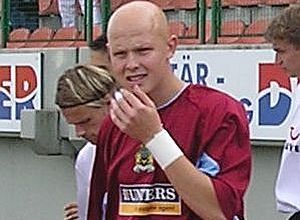 Now aged 36, Chappy has been coaching with the club since hanging up his boots and was placed in interim charge when the club parted company with Braeden Cloutier in August. He’s impressed while in charge and Oliver Wyss, the club’s President of Soccer Operations, said: “Richard has been a true winner throughout his entire playing career, and I am convinced he will continue his successful ways as our head coach.

“Richard is fully aligned with the goals and expectations of our club, and we are looking forward to seeing him lead our team for years to come.”

Wyss himself was head coach for three years before handing over to former Sunderland, Liverpool and Newcastle defender Barry Venison but new man in charge Chaplow is delighted. “I am honoured to be named head coach of Orange County SC and would like to thank the management for the faith they have shown in me,” he said. “Having grown with the club over the years I understand the expectations and I am excited to lead us forward. My staff and I will do everything we can to put a team on the field that Orange County can be proud of.”

It is almost 17 years since he left us for West Brom having made 65 league appearances for us, his debut coming as a substitute at Norwich two seasons earlier. After West Brom, he played for Southampton, Preston, Millwall and Doncaster before moving to America.

He’s of good stock, of course, born and brought up a Claret. We wish him the very best.