Former Burnley striker Charlie Austin, released by Queens Park Rangers at the end of last season, is moving to Australia and has signed a multi-year-deal with Brisbane Roar.

Austin will celebrate his 33rd birthday in just over a week’s time and after a career that has seen him play for Swindon, QPR, Southampton and West Brom as well as the Clarets, it looks as though he’s now ready to end his playing career in Australia. 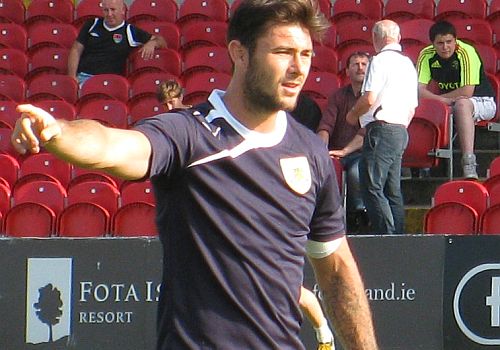 On completing his move, Austin said: “I’m delighted to be joining Brisbane Roar. To play abroad is something I’ve always wanted to do and when the opportunity came up to join this club I was looking to explore it.

“I met the gaffer Warren (Moon) in London and he sold me the project of the football club and it was one I was excited about. I want to help the club get back into the top six and on a personal note score as many goals as possible.”

“We’re delighted to secure a player with such a proven goalscoring record,” Moon said. “Charlie has scored goals wherever he’s been. From my discussion with him, he comes to us with great ambition to try to hit the 200 mark for his career.

“That says to me that we have a player who is coming here to be successful for Brisbane Roar and who has the hunger to continue doing what he loves best and that’s scoring goals. A big thing for him was coming to a place where he knew his family would be happy and what better place to come than Brisbane.”

It’s nine years since Austin left Burnley for QPR, just two days before the 2013/14 season kicked off. During his two and a half seasons with the Clarets he scored 45 goals in 90 appearances. That included three hat tricks against Portsmouth, Peterborough and Sheffield Wednesday. Only Andre Gray, Chris Wood and Jay Rodriguez have scored hat tricks since.

He leaves England having netted 176 league and cup goals since first joining Swindon in the summer of 2009.