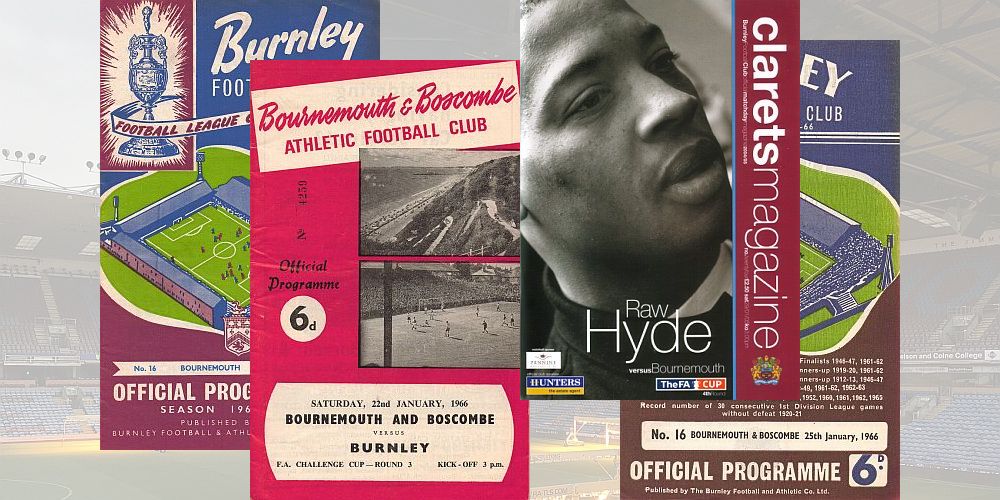 This evening will see Burnley and Bournemouth come face to face for the fourth time in the FA Cup at Turf Moor with the honours so far going the way of Burnley.

Prior to last weekend it could be said that both teams might be going into the game on the back of a run of defeats. We’d lost at Chelsea and then at home against Manchester City while Bournemouth had suffered four successive league defeats Luton, Derby, Reading and Sheffield Wednesday and although they remained in the top six, it cost manager Jason Tindall his job.

Last Saturday we drew 1-1 at home against Brighton, coming from behind to claim a point; Bournemouth ended their poor run of league results with a 3-2 win against Birmingham. Jack Wilshere got their second goal, his first league goal in over three years, with Philip Billing scoring the winner.

Bournemouth will see tonight’s game as a big opportunity to make the sixth round given that Jonathan Woodgate, who is in caretaker charge, has said there will be no experimenting with his line up. Although Dominic Solanke is ruled out, he’s expected to name his strongest line up.

I’m not sure what Sean Dyche will do. He’s not expected to have any of Charlie Taylor, Josh Brownhill, Robbie Brady or Chris Wood back while Jack Cork is also being assessed after picking up an injury against Brighton. To add to that, he’s likely to rest some of his key first team players which could see a very inexperienced line up tonight with Dyche saying: “We’ll put out a team we believe can win and we will see where that takes us.”

Embed from Getty Images
One of the players expected to come in is Kevin Long who scored the third goal in the fourth round win at Fulham. Speaking ahead of tonight’s game, he said: “I Know all the lads want a good cup run. We’ve been trying for a while and it’s never quite worked out. Hopefully this is the year we can make it happen. We all want to be part of that and create that piece of history.”

Should Burnley win tonight it will be only our fifth appearance in the sixth round since the heady days of 1962 when we reached the final only to lose 3-1 against Spurs at Wembley.

Two years later we were in the sixth round but went out at West Ham. We were beaten at Hillsborough on each of the next two occasions, by Newcastle in the 1974 semi-final and by Sheffield Wednesday in a 1983 sixth round replay. Since, our only sixth round date was 2003 when we were beaten 2-0 at Watford when a certain Sean Dyche was a substitute for the opposition.

PREVIOUS MEETINGS IN THE CUP

We had never played against Bournemouth until we were paired with them in the third round in 1960/61. On that occasion, with me in attendance at an FA Cup tie for the first time, we won 1-0 with a goal scored by John Connelly (pictured).

Embed from Getty Images
Moving on five years, we drew them again in the third round but this time at Dean Court. It ended 1-1 with Willie Irvine scoring for us in the first half and Bournemouth equalising towards the end of the game, their only FA Cup goal to date against us.

Irvine scored again in the replay, as did Gordon Harris, but on a night when the rain poured down, Andy Lochhead was the star scoring the other five goals in a big 7-0 win.

It was some time before played them again in the FA Cup and it  was thanks to a Djimi Traore own goal that saw us beat Liverpool and take Bournemouth on in the fourth round much to the displeasure of their chairman Peter Phillips who was very vocal in condemning our win because he wanted to make some money at Anfield.

He should have kept his mouth shut and enjoyed his team’s display at Burnley. We won 2-0 but I’ll never quite know how after they outplayed us from start to finish only for Ian Moore to strike twice with his first goals in over four months.

He headed home a Graham Branch cross after 17 minutes and with us hanging on added his and our second just before the end on a day when I described our performance as dire. On the day that John Oster made his debut and Richard Chaplow wore the claret and blue for the last time, Frank Sinclair and Mo Camara were probably the two poorest players and I did write: “Camara struggled to come with Wade Elliott who was the best player on the pitch,” and I wonder what happened to him.