Chesterfield come a Cropper but eighteen Clarets in Round One

The first round of this season’s FA Cup was played over last weekend with just one game still to be played. There was no sign of Chesterfield in there despite them winning their previous tie against Stockport County on penalties.

Jordan Cropper, currently on loan from Burnley, had played in that tie but that was the problem. He wasn’t eligible due to an administrative problem meaning they had to replay the game without him, this time losing it 4-0. 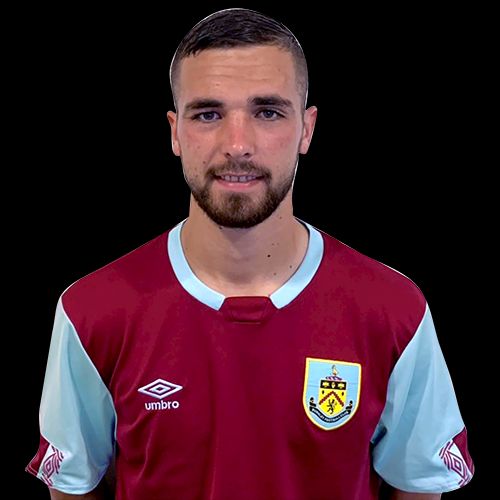 No Cropper, but the first round did feature eighteen others who have played for Burnley, a total of fifteen ex-Clarets and three current Burnley players who are out on loan. A couple of those were unused subs but only two of them have played in our first team so that’s where we will start.

George Boyd is the only one with any extensive first team experience at Burnley. He signed for Salford last week and was in the starting eleven for their home game against Hartlepool. He helped his team through to the second round with a 2-0 win in a game in which he played the first 64 minutes.

Back in 2011, Nathan Delfouneso came to Burnley on loan, scored on his debut but otherwise made little impact. He’s since played a lot of lower league football at clubs such as Blackburn and Blackpool and moved to Bolton in the close season and he scored both their goals last Saturday. Unfortunately, it didn’t do them too much good, they were beaten 3-2 at home by Crewe.

We’ve move on now to the three current Burnley players involved and that takes us to Morecambe, or strictly speaking to Maldon & Tiptree where Morecambe were the visitors. Adam Phillips (pictured) scored the only goal of the game, netting from the penalty spot for Morecambe, That was his seventh Morecambe goal this season with four of them coming from the penalty spot. Phillips was also joined early in the game by Ryan Cooney who came on as a substitute.

Phillips and Cooney are both on season long loans at Morecambe; Cricky Conn-Clarke is currently on a work experience loan at Chorley and was on the bench for their 3-2 local derby win against Wigan. He wasn’t called upon but former under-23 defender Arlen Birch, once named as Arlen Bitch on our club’s Twitter account, was in the successful Chorley team.

Birch had previously been at AFC Fylde. They had an unsuccessful afternoon down at the real St. James’ Park at Exeter. Including former under-23 defenders Alex Whitmore and Luke Conlan, they were beaten 2-1 by the League Two club.

Back to league clubs and Shaun Hobson, a former youth team captain, was in the Southend team that was beaten by Boreham Wood. They drew the game 3-3 but were beaten 4-3 on penalties. Marc Pugh signed for Shrewsbury a couple of weeks ago having previously spent two years there between 2007 and 2009. He had a more successful day; they beat Cambridge 2-0 at home.

There was no success for Luke Hendrie and Grimsby who were beaten 3-1 at Dagenham & Redbridge but Aidan Stone’s Mansfield had a good day, winning 1-0 against Sunderland at the Stadium of Light, although Stone was the substitute goalkeeper.

Tom Anderson was in the Doncaster team who won 5-1 at FC United of Manchester and this was the one game where ex-Clarets came up against each other. With almost an hour gone, Michael Fowler, who is on loan from Fleetwood, came on for the non-league side.

Four to go with Harry Flowers first and he was a winner with Brackley Town. He’d had a watching brief as a substitute in their 3-3 home draw against Bishop’s Stortford but came on during extra time. Brackley won the shoot out 3-2 but Flowers wasn’t called upon to take one.

The whole weekend kicked off with Bradford City winning 7-1 against Tonbridge Angels who included former young Burnley striker Tommy Wood who had previously been with AFC Wimbledon.

But finally congratulations to Michael Duff whose Cheltenham team went through with a 3-1 win at South Shields. Duffo had no former Clarets in his team but South Shields did, two players the Cheltenham manager will know all about. Jason Gilchrist played the full game with Nathan Lowe coming on as a substitute on the hour.

There might have been one or two others too. Alex MacDonald might well have played for Gillingham had he not kicked lumps out of Sunderland’s Luke O’Nien’s leg the week before and got himself a red card.