Clarets back in Coventry today

A Nathan Tella goal gave us a 1-0 win at Coventry ten days ago, and this afternoon the under-21s will be facing the Sky Blues in the Professional Development League. 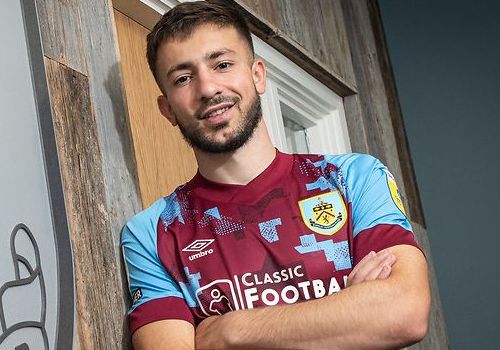 We’ve had a great recovery following a difficult start to the season that saw us lose all of our first three games. Since, we’ve won four and drawn two which has taken us into second place of the northern group of the league.

Sheffield United are the team above us and they currently have an eight point lead while Hull are third just one point behind. Both have played one game more than us and neither play today which means we will remain second no matter the result.

A number of our under-21 players have been out on loan recently. Sam Waller (Lancaster) and Finlay Armstrong (FC United of Manchester), remain so  but all of Joe McGlynn (Oldham), Kade Ratchford (Bamber Bridge) and Jacson Coppack (Ramsbottom) have returned and are available to Andy Farrell again.

Last time out, we drew 2-2 against Birmingham with our goals scored by Owen Dodgson and Halil Dervişoğlu (pictured).

Coventry are currently fifth in the table. They have five points fewer than our fourteen but do have a game in hand. They opened their season with a win against Reading at home and have also won at Crewe and at home against Barnsley.

We’ve met just once away from home in the Professional Development League and that came in August 2018 when we were beaten 4-2 with our goals coming from Nahki Wells and Christian N’Guessan.