Burnley have made another move in this transfer window and signed Swansea City’s 25-year-old right back Connor Roberts on a four year contract for an undisclosed fee.

Welsh international Roberts has been with Swansea since the age of nine and has come through their academy to eventually establish himself in the first team after playing for three other clubs on loan. 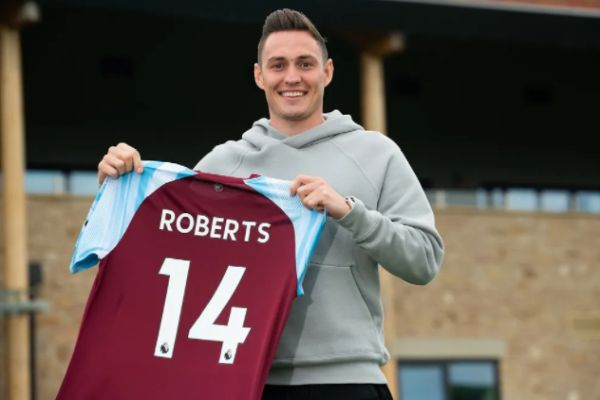 He spent the 2015/16 season in League Two with Yeovil in the first of those loans and missed just one league game in the entire season although further loans at Bristol Rovers and Middlesbrough weren’t quite so successful.

He returned from Middlesbrough in January 2018 and quickly made his Swansea debut in an FA Cup tie against Wolves before winning a first Premier League appearance a week later when he came on as a substitute for former Burnley loanee Nathan Dyer in a 1-1 draw at Newcastle.

By the end of a season that saw Swansea relegated, he’d made seven FA Cup appearances and four Premier League appearances for them and also made his Wales debut.

In the three seasons since he’s been very much a first choice at Swansea under the stewardship of Graham Potter and Steve Cooper and made his final Swansea appearance in last season’s Championship play-off defeat against Brentford at Wembley.

He played all four games for Wales in the Euros, scoring the goal that clinched the all important win against Turkey, but, having won through the group stage, he was forced off before half time in the 4-0 defeat against Denmark with a groin injury. Swansea confirmed at the end of June that he would be undergoing surgery. He is still recovering with Swansea, at the time, predicting a return to fitness by the end of September.

Once fit, he’ll be playing in claret and blue having completed this move to Burnley.